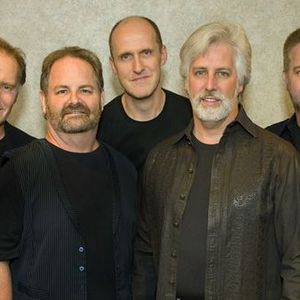 Orleans is an American pop-rock band best known for its hits Dance With Me (1975), Still the One (1976), and Love Takes Time (1979). Orleans began as a trio in 1972 in Woodstock NY. Guitarist John Hall, drummer Wells Kelly and multi-instrumentalist Larry Hoppen played tirelessly all over the Northeast and up / down the Eastern ?corridor? for nine months, then added Lance Hoppen (Larry's brother) fresh out of high school on bass to form the quartet that would record its debut LP in 1973 at the legendary Muscle Shoals Studio in Alabama.

Orleans found its core audience touring the clubs and college circuit of the Northeast US, crossing paths with other up-and-comers such as Bonnie Raitt, Tom Waits, and Hall & Oates. Rolling Stone called Orleans "the best unrecorded band in America". Showcase performances in NYC gave rise to a recording contract with ABC Dunhill Records and the release of an eponymous debut album in 1973. But it was not until Orleans was produced by Chuck Plotkin, then head of A&R for Asylum Records, that the band scored its first Top 40 hit with "Let There Be Music" in early 1975.

The follow up single "Dance With Me" brought Orleans into the Top 5 and the mainstream of American pop music. Atypical of the high-energy, earthy, R&B/Rock 'n' Roll mix of styles they had been previously identified with, "Dance With Me" cast the band in a more "soft-rock" light and landed them a tour with Melissa Manchester, when they really were more at home on tour with bands such as Little Feat.

It was the smash hit "Still the One" that cemented Orleans' relationship with the American public. While the single was climbing the charts all the way to #2, the band did a major cross-country tour with label-mate Jackson Browne. However, within a year internal stresses prompted guitarist/songwriter Hall to leave the band in search of a solo career, as "Still the One" played ceaselessly as the ABC TV network theme song. Since then it has been used for countless commercials and movie soundtracks.

The Hoppen brothers and Kelly reunited the band and, in 1979, produced the Top 10 hit "Love Takes Time", continuing to tour with the likes of Stephen Stills and Chicago. Collectively, the three Orleans' hits have been aired over 7 million times.

One of the many signatures of Orleans was and still is harmony guitar riffs and two serious players trading rhythm and lead between them, all seamlessly. Larry and John were, for most of this still?active band's 35-year-and?counting career, those players. When John Hall left for a solo stint in 1977, Orleans found Dennis ?Fly' Amero, a lefty, upside-down Strat player (in the manner of Jimi Hendrix) who took over for several years.

After original drummer Wells Kelly passed away in October 1984, Larry, Lance and John played at his Memorial event. Out of this, they decided to work together as Orleans again, starting with a Nashville album. From 1985 through 2006 (when John got elected to the US Congress ? D, NY-19) the group always included the three original members. Over those years, another 8 albums were released, always containing new material.

In 2001 the band added Lane Hoppen, the third brother, as a permanent member. Shortly after, Charlie Morgan ? drummer with Elton John for 13 years ? also joined the group. Early in 2006, as John Hall began his election campaign, Fly Amero was asked back by the band ? including John - roughly 25 years after Fly's first ?term'. Fly agreed, and a smooth transition ensued. (Orleans' 2006 ?We're Still Havin' Fun? DVD features BOTH John and Fly.)

Fly and Larry's guitar chemistry is obvious, as is the whole group's camaraderie. Besides being a great guitarist, songwriter and singer with a strong blues/R&B soulful tilt, Fly is great with a crowd and has a Gold Record for comedy music featuring his parody lyrics.

Here in 2008, John is up for Congressional re-election and Fly is a permanent Orleans member, as are Charlie, Lane and original mainstays Lance and Larry (who is the voice on all the radio hits, by the way).

Thirty-five years in, Orleans' trademarked slogan couldn't be more appropriate: ?We're Still Havin' Fun?. It's also the title of their new (and debut) DVD and latest CD (related to the DVD). For much more on this classic American band, visit www.OrleansOnline.com

Work At Home With Orleans

No More Than You Can Handle: A Forty Year Journey CD2

No More Than You Can Handle: A Forty Year Journey CD1

Dancin' In The Moonlight

Dance with Me: The Best of Orleans