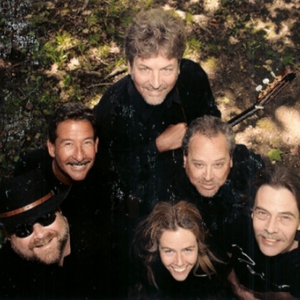 McGuffey Lane, a band born out of two Ohio University students in Athens, Ohio in 1972. Terry Efaw and Steve Reis hooked up in a duo they named Scotch and Soda. Then they added lead singer Bobby Gene McNelly and changed the name of the group to McGuffey Lane,a street where Reis lived in Athens. The group added keyboard player Tebes Douglass, drummer Dick Smith and John Schwab. Then the band decided to release a self-titled album on their own Paradise Island label. It wasn't until Alabama grew in popularity that Nashville came calling.

ATCO, a major pop label re-released the album to a national audience. The band left to tour with major artists Marshall Tucker, The Allman Brothers, Charlie Daniels and The Judds. The group had their first hit on the pop charts with "Long Time Lovin' You." Their second album, Aqua Dream, was released at the end of 1980 and produced a minor pop hit with "Start It All Over." Their first country hit, "Making a Living's Been Killing Me," reached the Top 50. The band scored a minor country hit in 1983 and then released their third album, Let the Hard Times Roll. They later moved to Atlantic Record because they wanted to be promoted to a country market instead of a pop audience. The band was putting the finishing touches on the Day by Day album when Douglass was killed in a car wreck; the album was dedicated to his memory and produced the mid-range hits "Day by Day" and "The First Time.". At the end of the year, McNelly left the band to become a full-time songwriter in Nashville, but in early 1987, he shot and killed his fianc?e, then killed himself. Around the mid-'80s, as country-rock fell out of favor with audiences, McGuffey Lane was dropped from Atlantic. McGuffey Lane continued to perform as a live band. In 1990 McGuffey Lane decided to disband. The mid 90s saw John Schwab and co-founder Terry Efaw put McGuffey Lane back together for a limited schedule (sans Steve Reis). The band released a new album ?Call Me Lucky?.The 2000's saw McGuffey Lane release ?WOOD?, an all acoustic album featuring many of the early hits. This was also a time that saw Steve Reis, Efaw and Schwab reunite. Schwab immediately went back to what he loved most, writing new songs. After adding a new keyboardist, harmonica player and Molly Paulken,in 2010 the band has recorded a new album, all the surviving members of the band for the first time since the 80s.