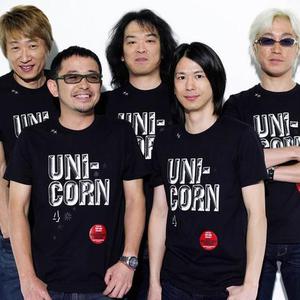 9) The Dutch hardcore/gabber duo Youri Gispen & Milos Gispen
10) The Melodic Power Metal band from Italy. They have recorded one album so far. It's called 'The 13th Sign'
11) The Heavy Metal band from Germany. They have recorded one EP called 'The Legend Returns'. This band has split up.
12) Unicorn from Jamaica, a Dancehall Reggae artist.
13) The Slovak progressive/experimental rock band formed in 2002.

More info:
1. Unicorn from the UK played country-rock, and broke up in 1977. Several of the bands album were produced by and featured David Gilmour of Pink Floyd

2. Unicorn was a progressive melodic rock band from Sweden, fronted by Dan Swano (Bloodbath, Edge of Sanity, Nightingale). They released two full-length albums (Emotional Wasteland and Ever Since), two EPs (After Before and The Weirdest of Tales), and two demos (A Collection of Worlds I and A Collection of Worlds II).

The band's style was a far cry from the brutal death metal Swano would later become known for. (Swano formed Unicorn as a young teen.) Unicorn is a very melodic, light progressive band. Nightingale comes closest to their style, though even Nightingale is much heavier.

Swano is currently working on a new project called Second Sky. He says Second Sky is the new Unicorn. An album is expected in 2009.

12. UNICORN from the U.S. plays noise drone electronics. W. T. Nelson formerly of Bastard Noise (risen from the ashes of Man is the Bastard) and Sleestak has released a split CD with noise artist 2673, a split CD with Bastard Noise, and a full-length titled "Playing with Light". Less harsh and more melodic than previous projects.

The Weirdest Of Tales (Remastered 2018)

Laughing Up Your Sleeve

A Collection Of Worlds - Resurrection