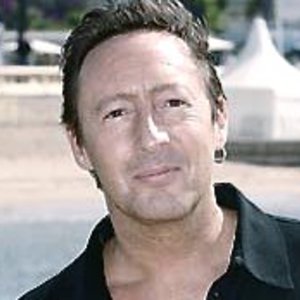 Julian Lennon is a modern-day Renaissance man ? a singer-songwriter and musician, actor, documentary film producer, philanthropist, and, as of late, fine-art photographer. Beloved by fans around the world for his beautifully crafted, melody-minded albums, Lennon released his sixth solo album, the self-produced Everything Changes, in the UK on September 26th, 2011, through British independent label Conehead Management Ltd. He also continues to pursue his love of photography, encouraged by the success of his first-ever exhibition, Timeless, which took place in New York City in 2010.

Born in Liverpool to late Beatle John Lennon and Cynthia Powell, Lennon was given his first guitar by his father at age 11 and formed his first band at age 13 with school friend Justin Clayton, who has since played on each of Lennon's albums. ?Justin and I spent all our time learning the classic rock and roll songs, like ?Roll Over Beethoven,' Lennon recalls. ?As I got older, I began to listen to the Beatles more carefully and became fascinated by the intelligence that went into their songwriting ? the arrangements, melodies, and lyrics, which was great as I began to write my own songs. Crafting a great song is always my final goal.?

Though Lennon was also interested in pursuing acting (and was offered an education through the renowned Royal Shakespeare Company), he decided to stick with music. ?I'd fallen madly in love with being able to play three or four chords, and everybody standing up and yelling and screaming,? he says. ?The simplicity and ease of it drove me toward a career in music more than anything else.?

In 1983 Lennon, then aged 20, was offered his first record deal and released Valotte the following year. Produced by Phil Ramone, the album was certified platinum and earned Lennon a Grammy Award nomination for ?Best New Artist.? It also included two major hits, the title track, which was a fixture on the Billboard Top 40 chart for 12 weeks, peaking at No. 9, followed by Too Late for Goodbyes, which spent two weeks at No. 1 on the Adult Contemporary chart. Noted film director Sam Peckinpah (The Wild Bunch, The Getaway) directed the videos for both singles, the success of which made Lennon an international star, necessitating a global tour of Asia, Europe, the U.S., and Australia. ?It was bonkers,? Lennon says. ?Coming out of hotels, people would literally trying to rip the clothes off you. I had spent my last year of school in the middle of nowhere in North Wales. To go from that to doing a world tour and having screaming girls after you was crazy.?

Because of his popularity, the record company urged Lennon to make a follow-up album immediately, which he did, releasing The Secret Value Of Daydreaming in March 1986. Though Lennon felt he did not have enough time to write or record the album, Daydreaming (also produced by Phil Ramone) went on to gold certification and spawned the hit ?Stick Around,? which earned him his first No. 1 on the Billboard Rock chart. (Eighties stars Michael J. Fox and Jami Gertz appear in the song's video.) After taking a much-needed break, Lennon released the vocally experimental Mr. Jordan in 1989, which featured the rock radio hit Now You&rsquo;re In Heaven, followed by 1991's Help Yourself, whose highlights include Saltwater, a plea for environmental responsibility, and Other Side Of Town, featuring Blue Nile singer Paul Buchanan.

Lennon decided to take a hiatus following the release of Help Yourself to focus on other creative pursuits, including his interest in acting. In 1993, he was featured as the voice of David Copperfield in an animated NBC special of the Dickens classic. In 1995, film director Mike Figgis asked Lennon to make a cameo in his new film Leaving Las Vegas. ?I was told to dress like an '80s English rock and roll bartender,? Lennon says, ?So I rode my Harley to the set wearing clothes I would normally wear and Mike said, ?That's great!'? (Nicolas Cage, who won an Oscar and a Golden Globe for his role, orders a beer from Lennon's bartender character before getting head-butted by another patron and thrown out by Lennon.)

In 1996, Lennon contributed the original composition ?Cole's Song? to the soundtrack to the film Mr. Holland's Opus, which starred Richard Dreyfuss and featured a score by the late renowned composer Michael Kamen. ?I'd met Michael a few times and thought he was an incredible writer and orchestrator,? Lennon says. ?I got word that he thought of me for writing this song, not only because of the subject matter, but because two of Dad's songs were also in the film,? Lennon says. ?He thought it would be a nice touch for me to come up with something that would work at the end of the film.? Also that year, Lennon made a cameo in the independent comedy film Cannes Man, directed by Richard Martini and starring Seymour Cassel and Francesco Quinn.

Lennon returned to the music business in 1998 with Photograph Smile ? a buoyant collection that earned him stellar reviews from such media outlets as Rolling Stone, Entertainment Weekly, and The Los Angeles Times, which noted that Lennon had returned with an album ?that fulfills the promise of Valotte and reflects his increasing comfort with his irrevocable connection to pop history.? He also embarked on a sold-out headlining tour of the U.S. ? his first in eight years. ?I wanted to come back and prove myself,? Lennon says. ?In my eyes, Photograph Smile was much more me than any other album I'd done before. I felt that they were honest songs, filled with true emotion.?

In 2006, Lennon focused his energy on producing his first-ever documentary, the award-winning Whaledreamers, which tells the story about the return of an ancient aboriginal whale tribe from South Australia that was declared extinct by the Australian government in the '50s. The film, which had its world premiere in Sydney in 2007 and went on to screen at the Cannes Film Festival, follows the Mirning Tribe as they share their ability to communicate with whales in their dreams and through song. In 2008, Lennon was presented with the Better World Environmental Award by Prince Albert II of Monaco to honor his dedication to environmental concerns.

Lennon took his philanthropic work a step further in 2009 by creating The White Feather Foundation, whose mission is ?to embrace environmental and humanitarian issues and raise funds for the betterment of all life.? ?Dad once said to me that should he pass away, if there was some way to let me know he was going to be okay, the message would come to me in the form a white feather,? Lennon explains. ?Then something happened to me about ten years ago when I was on tour in Australia. I was presented with a white feather by an aboriginal tribal elder, which took my breath away. The white feather has always represented peace to me. Whatever I do, whether it's music, photography, or anything that earns me a living, a portion will go to the Foundation to help people in need.?

In 2010, Lennon embarked on a second career as a photographer, spurred on by his long-time friend, the celebrity photographer Timothy White, who curated Lennon's debut exhibition ? a series of portraits and landscapes he'd shot over the years ? at the Morrison Hotel Gallery in New York City. ?I've always enjoyed taking pictures, just capturing a moment or a memory, but it was never serious,? Lennon says. ?Then in 2007, I surprised my half-brother Sean on the road in Eastern Europe and spent two weeks with him randomly taking shots. When I got home and downloaded them, I started to play with cropping and editing pictures and that's when I fell in love with the process, which is where my affair with photography really began.?

White, who shot Lennon's first two album covers, encouraged his friend to show his work after seeing it while shooting Lennon for the cover of ?Lucy,? a single Lennon recorded in tribute to his childhood friend Lucy Vodden ? the inspiration behind his father's composition ?Lucy in the Sky With Diamonds? ? who lost her battle with lupus in September 2009. ?Tim saw some of the photos I'd shot and said, ?Jules, you should do something with these; I'll help you do it,'? Lennon says.

The exhibition, entitled Timeless, showcased Lennon's limited edition and hand-signed portraiture, including candid shots of Sean Lennon, the band U2 in the studio, as well as his painterly landscapes and stunning cloudscapes, each communicating a profoundly personal story. Lennon has since mounted two well-received exhibitions at Art Basel in Miami and is planning several more throughout Europe, Asia, and the United States. In July 2011, Lennon's photographs of his friend Charlene Wittstock, taken prior to her civil wedding to Prince Albert II of Monaco, appeared on Vogue.com. ?It gives me a buzz,? Lennon says of his photography career. ?It's truly my work. No one taught me how to do this, and it's a process I enjoy very much.?

Also last year, Lennon decided to share the memorabilia he'd been collecting for more than 20 years by publishing a book entitled 'Beatles Memorabilia: The Julian Lennon Collection', which features such items as the Hey Jude gold single, the Grammy Award for A Hard Day&rsquo;s Night, the elder Lennon's sketches, acetates for All You Need Is Love and Michelle, the artwork for Yellow Submarine, and many photographs of young Julian with his father. ?I just wanted to share a few of the bits and bobs I'd been collecting over the years,? Lennon says. ?There are people with larger collections, but this one tells a far more personal story in my opinion.?

Throughout his years exploring other creative outlets, Lennon never stopped writing songs. ?I get twitchy if I don't pick up a guitar or sit at the piano every now and then,? he says. ?I have to do it; I don't have a choice. Obviously, if you sit down and play around for a bit, you're going to come up with ideas. One thing led to another and pretty soon I had about 30 ideas, so I invited some friends to come over and flesh them out into songs.? The result is his latest release Everything Changes

Now You're In Heaven (MCD)