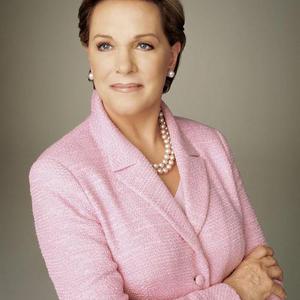 Julie Andrews got her big break when her stepfather introduced her to Val Parnell, whose Moss Empires controlled prominent venues in London. Andrews made her professional solo debut at the London Hippodrome singing the difficult aria "Je Suis Titania" from Mignon as part of a musical revue called "Starlight Roof" on 22 October 1947.

Andrews gained fame at a young age in 1950s Britain by acting and singing on light entertainment radio programmes such as "Educating Archie". She rose to international prominence after starring in Broadway musicals such as My Fair Lady and Camelot, as well as musical films like Mary Poppins (1964) and The Sound of Music (1965).

Andrews had a major revival of her film career in the 2000s, in children's films such as The Princess Diaries (2001), its sequel The Princess Diaries 2: Royal Engagement (2004), and the Shrek animated films (2004-2007). In 2005, Andrews made her debut as a stage director with a revival of The Boy Friend, in which she also made her Broadway acting debut in 1954.

At Her Very Best CD2

At Her Very Best CD1

Broadway - The Music Of Richard Rodgers