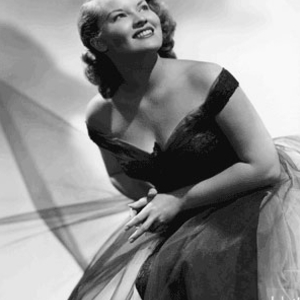 Patti Page (born Clara Ann Fowler on November 8, 1927 in Claremore, Oklahoma (some sources give Muskogee, Oklahoma) is one of the best-known female singers in traditional pop music. She is the best-selling female artist of the 1950s and was among the first to cross over from country music to pop. Her recording career spans the years 1947 to 1981. Page continues to perform live and was billed as "The Singing Rage, Miss Patti Page".

In 1974 and 1975, she recorded for Avco Records, and, in 1981, recorded for Plantation Records, her most recent record label. Page's most recent single to appear on any Billboard chart was the 1982 #80 country single, "My Man Friday". (She last appeared on the pop chart in 1968, with her version of O.C. Smith's hit, "Little Green Apples", and on the Adult Contemporary chart with "Give Him Love" in 1971.)

In the 1990s, Page started her own label, C.A.F. Records. In 1998, she won a Grammy as "Best Traditional Pop Singer". Patti has continued to record into the new millenium with the CDs BRAND NEW TENNESSEE WALTZ, SWEET SOUNDS OF CHRISTMAS (2002), CHILD OF MINE (2003) and her latest 2009 release BEST OF COUNTRY. Many of her songs have a strong beat to them that prelude rock 'n' roll. These titles include "Mister and Mississippi", "Detour" and "Cross Over the Bridge". In 1956, she married choreographer Charles O'Curran. They adopted two children, a daughter, Kathleen, and a son, Daniel O'Curran. All great recordings.

I Thought About You

Gentle On My Mind

The Nearness Of You