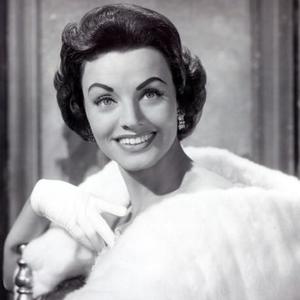 She was born Katherine Laverne Starks on a reservation in Dougherty, Oklahoma. Her father, Harry, was a full-blooded Iroquois Indian; her mother, Annie, was of mixed Irish and American Indian heritage. When her father got a job installing water sprinkler systems, the family moved to Dallas, Texas. While her father worked for the Automatic Sprinkler Company, her mother raised chickens, and Kay used to sing to the chickens in the coop.

As a result of the fact that her aunt, Nora, was impressed by her singing, she began to sing at the age of seven on a Dallas radio station, WRR, first in a talent competition where she finished third one week and won every week thereafter, then with her own weekly fifteen minute show. She sang pop and "hillbilly" songs with a piano accompaniment. By the age of ten, she was making $3 a night, a lot of money in the Depression days.

As a result of her father's changing jobs, her family moved to Memphis, Tennessee, and she continued performing on the radio, singing "Western swing music," still mostly a mix of country and pop. It was while she was on the Memphis radio station WMPS that, as a result of misspellings in her fan mail, she and her parents decided to give her the name "Kay Starr". At the age of fifteen, she was chosen to sing with the Joe Venuti Orchestra. Venuti had a contract to play in the Peabody Hotel in Memphis which called for his band to feature a girl singer, which he did not have; Venuti's road manager heard her on the radio, and suggested her to Venuti. Because she was still in junior high school, her parents insisted that Venuti take her home no later than midnight.

Although she had brief stints in 1939 with Bob Crosby and Glenn Miller (who hired her in July of that year when his regular singer, Marion Hutton, was sick), she spent most of her next few years with Venuti, until he dissolved his band in 1942. It was, however, with Miller that she cut her first record: "Baby Me"/"Love With A Capital You." It was not a great success, in part because the band played in a key more appropriate for Marion Hutton, which was less suited for Kay's vocal range.

Side By Side (CDS)