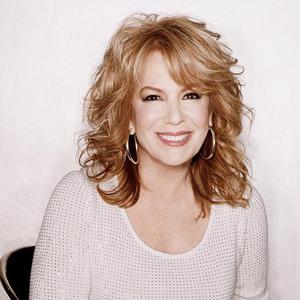 Vikki Carr (b. Florencia Bisenta de Casillas Martinez Cardona, 19 Jul 1941 in El Paso, TX, USA), is a singer in a variety of music genres, including: jazz, pop & country - best known singing in Spanish / Espa?ol. She is well-loved & accomplished, in the Americas & Europe. She is now into the fifth decade of a career in which she has won three Grammy Awards & has released over 60 best-selling recordings.

She has performed for the Queen of England, five United States Presidents, wartime soldiers in Vietnam, and sold-out audiences around the world. She has worked in radio, television, film and theater. Her music embraces two languages and she is among the first artists to bridge the cultures of the United States and Latin America, paving the way for many performers today.

In addition to her many album releases, Vikki Carr has played concerts for fans around the world, as well as appeared on stage, and television. She has starred in productions of South Pacific, The Unsinkable Molly Brown, and I'm Getting My Act Together and Taking It on the Road. In 2002 she starred in the Reprise production of Steven Sondheim's beloved musical Follies in Los Angeles, garnering glowing reviews from the LA Times, Hollywood Reporter, and Variety. Two years later, Los Angeles PBS affiliate, KCET, filmed a special Vikki Carr: Memories, Memorias: a salute to the English-language hits of the 1940s and 1950s originally composed by Latinos, and featuring guest appearances by Jack Jones, Pepe Aguilar and Arturo Sandoval. PBS again tapped Vikki to host and star in a production celebrating the music of Mexico, Fiesta Mexicana, which was featured on all PBS stations for their June 2008 pledge drive.

Born in El Paso, Texas, and raised in the San Gabriel Valley of California, Vikki Carr, the eldest of seven children, began performing at the tender age of four singing "Adeste Fidelis" in Latin at a Christmas program. She was signed to a contract with Liberty Records in 1961. She recorded "He's a Rebel", which first became a hit in Australia. That title was soon followed by the unforgettable release, It Must Be Him, which charged up the charts in England. A year later, the single was released in the United States and earned Carr three Grammy Award nominations. The international hit emerged again when she and the song were featured in the storyline of the Academy Award winning movie Moonstruck. After "It Must Be Him" came a string of hits, including With Pen in Hand, for which she received her fourth Grammy Award nomination, The Lesson, Can't Take My Eyes Off You, and For Once In My Life.

Her international appeal was so great that she was invited to perform at a Royal Command Performance for Queen Elizabeth II, followed by sold-out shows throughout Europe. In the States, Carr became a darling of the White House, performing regularly at State Dinners and at President Richard Nixon's 1973 Inaugural celebration. President Gerald Ford called her his "favorite Mexican dish". She also performed for Presidents Ronald Reagan, George Bush, and at the 1992 Presidential Summit hosted by President Bill Clinton.

A frequent musical guest on major network variety shows of celebrities like Dean Martin, Ed Sullivan, Perry Como, and Carol Burnett, Carr also taped six specials for London Weekend TV. As an actor, she appeared on the Bing Crosby Show, Mod Squad, Fantasy Island, and co-hosted the Mrs. America and Mrs. World of the World pageants. She was the first woman to regularly guest host for Johnny Carson on the Tonight Show. She was also a visitor and guest host on Michael Jackson's ABC radio show.

The diversity of her rich voice is impressive. She can belt out the blues or touch the heart with a soft romantic ballad. Frank Sinatra once said, "She possesses my kind of voice", Dean Martin called her "the best girl singer in the business", and Bing Crosby and Ella Fitzgerald named her among their three favorite female singers of all time. Elvis Presley was also very fond of her and even remarked on stage in Las Vegas many times that Vikki Carr was one of his favorite singers and that he liked her because "she sang from the gut" and introduced her at many of his personal appearances in which she attended.

She has also earned the career achievement award of the Association of Hispanic Critics, Chicago's Ovation Award, the YWCA Silver Achievement Award, and was honored in 1990 by the City of Hope with the Founder of Hope Award. In 1991, she was presented the Girl Scouts of America Award.

Respected both as an artist and a humanitarian, Carr devotes time to many charities including The United Way, The American Lung Association, Cancer Therapy and Research Center, The Muscular Dystrophy Association, and St Jude's Hospital. For 22 years she held benefit concerts to support Holy Cross High School in San Antonio. In 1971 she established the Vikki Carr Scholarship Foundation, dedicated to offering college scholarships to Latino students in California and Texas. To date, the Foundation has awarded more than 280 scholarships totaling over a quarter of a million dollars.

"My voice is a gift and a gift is nothing unless you can share it. The Foundation is one of the ways that I am able to share my gift", said Carr. "The Foundation seeks to help young Mexican-American students achieve their goals through a college education, something I myself was never able to do."