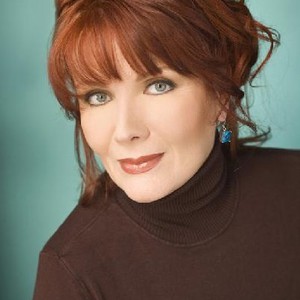 McGovern was born in Youngstown, Ohio to Mary Rita Welsh and James Terrence McGovern.[1] She has Irish ancestry.[2] As a child, McGovern would listen to her father's barbershop quartet rehearse in their home. She was told by her elders that she began singing at the tender age of three, and would sometimes sing herself to sleep with things she heard on the radio. She decided at age eight that she wanted to be a professional singer; and she developed a taste for various types of music, including jazz, showtunes, oldies, and folk. Her influences include Barbra Streisand and Dionne Warwick.

After graduating from high school in 1967, she worked as a secretary and performed part-time as a singer for a local folk band called Sweet Rain. Her singing caught the attention of Russ Regan (then head of 20th Century Records) in 1972 when he heard a demo she had recorded. At the time, Regan was searching for a singer to record "The Morning After" (the theme from The Poseidon Adventure) for release as a record. He hired McGovern sight unseen to record the song, which led to her signing with 20th Century Records. After it won an Oscar for Best Original Song, "The Morning After" quickly climbed the pop charts, reaching #1 in 1973.

In 1974, she recorded two movie themes: "We May Never Love Like This Again" (from the disaster film The Towering Inferno, in which she made a short appearance when she is seen singing the song as the evening's entertainment) and "Wherever Love Takes Me" (from the British disaster film Gold). The former won an Oscar (though it was only a minor pop hit), and the latter received an Oscar nomination. These two songs (along with "The Morning After") led the media to call McGovern "the Disaster Theme Queen."

McGovern's contract with 20th Century ended in 1976. By this time, her career went downhill and she ended up broke, due to being cheated out of her earnings by her managers and producers. To begin her life over again, she moved to Marina del Rey and took a secretarial job under an assumed name. However, she was still in demand occasionally for international live concerts. Her career made a turn for the better when she was asked to record a version of "Can You Read My Mind," the love theme from 1978's Superman, which was not recorded for the film. The single achieved minor success on the Pop charts. Toward the end of the decade, she recorded "Different Worlds," the theme from a short-lived TV sitcom entitled Angie. The song was her only other Top 40 single aside from "The Morning After," reaching #18 on the Pop charts in 1979 and also spending two weeks at #1 on the Adult Contemporary chart. In 1980, she made a cameo appearance as the singing nun, Sister Angelina, in the comedy-disaster movie Airplane!.

At the beginning of the 1980s, McGovern gave up movie themes to begin a career on Broadway, despite having no acting experience. In 1981, she made her Broadway debut as Mabel in a revival of Gilbert & Sullivan's musical The Pirates of Penzance. She then performed in two productions with the Pittsburgh Civic Light Opera: The Sound of Music (1981; as Maria) and South Pacific (1982; as Nellie Forbush). She continued her theatrical career throughout the eighties and originated the role of Mary in the Off-Broadway production of Brownstone in 1985.

In 2005, McGovern returned to the Broadway stage as Marmee opposite Sutton Foster's Jo in the musical adaptation of Louisa May Alcott's Little Women. Plagued by negative reviews, it quickly closed, but McGovern reprised her role for the successful subsequent national tour.

She slowly returned to music in the mid-eighties, contributing songs to musical soundtracks and recording for various-artist compilations. She also returned to touring and performing in concerts and began establishing herself as a classy, jazzy nightclub and cabaret performer. Starting in 1987, she released three albums for CBS in three years - Another Woman in Love (a voice/piano album), State of the Heart (a fully orchestrated album), and Naughty Baby (a live album).

In 1989, she performed her debut concert in Carnegie Hall, singing a collection of songs by George Gershwin. The concert was recorded live and released that year as an album entitled Naughty Baby; it features a very first recording of a lost Gershwin song "A Corner of Heaven With You" (written ca. 1917).

From the nineties into the 21st century, McGovern continued her careers in musical theatre, performing in concerts, and recording albums, and she occasionally made guest appearances on television. Other recordings include Baby I'm Yours (1992), a collection of her favorite songs from 1955 to 1970, and Out of This World (1996), a collection of songs by Harold Arlen. She was twice nominated for a Grammy, for her albums The Music Never Ends (1997), a collection of songs by Alan & Marilyn Bergman, and The Pleasure of His Company (1998), another voice/piano album.

In 2003, Out of This World and The Music Never Ends were rereleased by Fynsworth Alley Records; both albums included bonus tracks, the former two, and the latter three.

You Raise Me Up (A Spiritual Journey)

Another Woman In Love

Nice To Be Around (Vinyl)