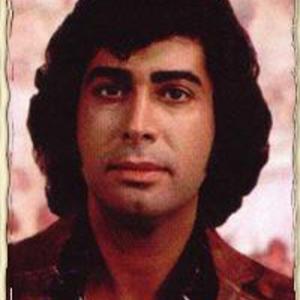 Andy Kim (born Andrew Youakim, December 5, 1952, Montreal, Quebec, Canada) is a pop singer and songwriter. Career Youakim left home for New York to pursue a career in music. His stay was short-lived, but back home he worked on his music and in 1968 under the stage name Andy Kim, released the single "How'd We Ever Get This Way?" on the Steed label. That record made the U.S. Top Twenty. In 1969, Kim had two hit singles, "Rainbow Ride," which again made it into the U.S.

Top Twenty, and "Baby, I Love You," which got to #5 and was popular enough in Canada to earn him a Juno Award as his country's "Top Male Vocalist."

That same year, with Jeff Barry, Kim co-wrote "Sugar, Sugar" which was a hit single for The Archies, reaching No. 1 on the U.S. Billboard Hot 100 chart and ultimately becoming the RIAA Record of the Year. Barry and Kim found fortune as bubblegum pop songwriters. They wrote more songs for the Archies, and also for Changes, by The Monkees in 1970, which Barry produced.

Over the next few years, Kim recorded a few minor hits and toured North America extensively. In the fall of 1974, he released "Rock Me Gently", which went to #1 on the Billboard Hot 100 chart, and rose to #2 on the UK Singles Chart.

By the end of 1976, Kim stopped recording and disappeared from public life. He returned under the stage name 'Baron Longfellow' with a self-titled album in 1980 and, also under the same pseudonym, in 1984 released Prisoner by Design. Both of these albums met with moderate success. In 1991, Kim again went by the name 'Longfellow' and recorded the single "Powerdrive", which received radio airplay on several radio stations across Canada.

In 1995, Kim played at the Kumbaya Festival at which the Barenaked Ladies were also performing. Nearly a decade later, the band's Ed Robertson convinced Kim to come out of retirement.[1][2] Robertson co-wrote the song "I Forgot to Mention" with him and offered to produce the track. The single was released on a 5-track EP in 2004 which included a re-recording of "Powerdrive".

In March 2005, Kim received the annual "Indie Award" for Favorite Solo Artist during Canadian Music Week.[1] The music video for "Love Is...", released in the summer of 2005, reached #1 at Bravo.ca. In 2005, he co-wrote "What Ever Happened To Christmas" with Ron Sexsmith.[1] The same year, he established the Andy Kim Christmas Show - a live concert at the Mod Club in Toronto in which a variety of artists were invited to perform mostly Christmas music. Kim's band acted as house band for the artists, who donated their time for the show. Proceeds were donated to the CHUM/CITY Christmas Wish. The show repeated in 2006, with a similar lineup. Proceeds from the show went to support the Children's Aid Foundation, and the edited show was aired on Mix 99.9 on Christmas Eve and Day.

More recently, Kim's music has again come into the public eye, as his single "Rock Me Gently" was sped up slightly and used by Jeep for their Jeep Liberty commercial - 'Pouring In'. His name can be seen on the radio display near the beginning of the commercial.

Baby I Love You (Vinyl)

How'd We Ever Get This Way (Vinyl)