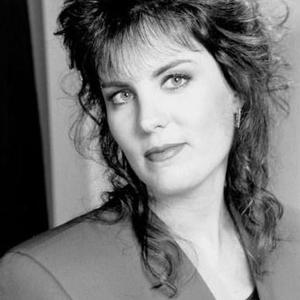 Holly Dunn (born August 22, 1957 in San Antonio, Texas) is a country music artist who first found fame with the release of her 1986 hit "Daddy's Hands" from her self-titled d?but album. Dunn is the daughter of a minister father. Her brother is country music songwriter Chris Waters, with whom she has co-written much of her recorded material. Her musical style usually combines elements of country and rock music, with an occasional gospel-flavored tune mixed in. In 2003, Dunn announced her retirement from her musical career in order to devote full time to her other passion, art.

Her paintings deal primarily with subjects from the southwestern United States, and are available through the Pe?a Studio and Gallery in Santa Fe, New Mexico.

Life And Love And All The Stages

The Blue Rose Of Texas (Vinyl)

Across The Rio Grande