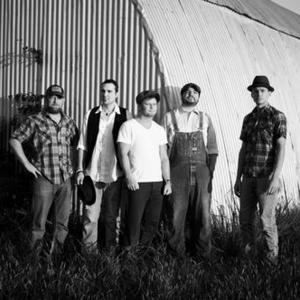 The Turnpike Troubadours, whose name is derived from the bumpy Oklahoma toll-roads and their hard lived folk singing heroes, are proof that isolation can be the mother of originality. Cutting their teeth in roadside dance halls and honky-tonks has made a serious impact on the band's musical style, which walks the line between Woody Guthrie and Waylon Jennings. ?Bossier City,? the band's debut album, is testament to the small towns in which they were raised. It combines Folk, Country, Cajun, and Bluegrass with stories of longing, humor, tragedy, and general life in rural America.

Breaking down traditional barriers between the audience and the stage is something in which they excel. Fast, gritty, and often drenched in beer, the Troubadours perform to both their fans and new audience members with an genuine sincerity about them. They continually gather ground both literally and figuratively as they travel up, down, and across the Midwest.

Currently the band is finishing up work on its follow up album ?Diamonds & Gasoline? (set for release in January, 2010) with veteran producer and songwriter Mike McClure and legend Joe Hardy (ZZ-Top, Steve Earle) as well as relentlessly playing shows in Oklahoma, Kansas, Arkansas, Missouri, Iowa, and Texas.

A Long Way From Your Heart