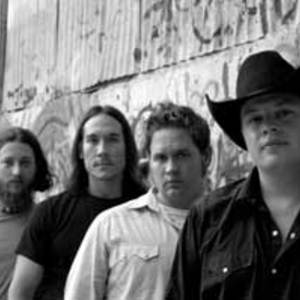 Jason Boland & The Stragglers are a band from Stillwater, Oklahoma. Stillwater is a college town that is known for being the center of the red dirt music scene. It's where bands like Cross Canadian Ragweed became popular. JB&S started out around 1998. their sound leans more toward country than the rock & roll of Cross Canadian Ragweed. The newest release from JB&S is called "Comal County Blue" and is one of the fastest rising releases on the charts -- it was number one on itunes right after its release.

It is one of the most popular independent releases of 2008. Jason Boland was born in Harrah, Oklahoma. The song on "Comal County Blue, "Sons and Daughters of Dixie", talks about Hurricane Katrina and the flooding in Mississippi and how the government in D.C. failed the people. The song "Bottle By My Bed" is about Jason's love and hate relationship with alcohol. "Comal County Blue" features a guest appearance by Robert Earl Keen and a song cowritten with Cody Canada from Cross Canadian Ragweed. Other release by JB&S include "Pearl Snaps", "The Truckstop Diaries", "The Bourbon Legend" and "Live at Billy Bob's". Lloyd Maines produced "Comal County Blue". Lloyd is the father of Natalie Maines of the Dixie Chicks.

The Light Saw Me

High In The Rockies: A Live Album

Somewhere In The Middle