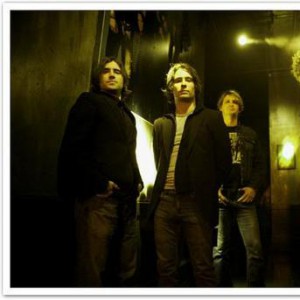 The Damnwells are an indie rock band from Brooklyn, New York formed in 2001. The original members were Alex Dezen (lead vocals, guitar, piano), David Chernis (lead guitar), Ted Hudson (bass), and Steven Terry on drums. Although David Chernis and Steve Terry left the band in 2007, core members Alex Dezen and Ted Hudson still appear in changing formations. The Damnwells are the subject of a documentary feature film called 'Golden Days,' which is also the name of a track on their 2006 record 'Air Stereo.

The Damnwells are the subject of a documentary feature film called 'Golden Days,' which is also the name of a track on their 2006 record 'Air Stereo.' Taking a hiatus after touring and being dropped from their label, front man Alex Dezen completed and released an album in April 2009, 'One Last Century.'

This album included Damnwells tunes exclusive to unreleased demos such as "Soundtrack" and "Bastard of Midnight." and many new songs Most importantly about that the album was that it is a free online download. The explanation given to fans and listeners:

"I have never worked so hard or put so much of myself into a collection of recorded songs. It is for just this reason that I want to give it away. To me it makes perfect sense. I just want people to hear this music, and I don't want them to have to enter into some kind of contractual agreement with a third party to do so." - Alex Dezen, Damnwells

No One Listens To The Band Anymore