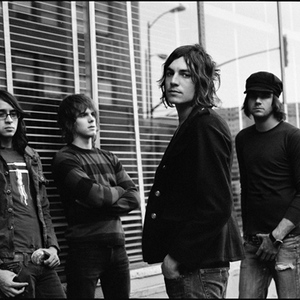 Soon after, the band decided to quit school and head to Los Angeles in search of a label. Augustana quickly signed by Epic Records in California during 2004. Josh Calhoun was replaced by Justin South. Their first major-label album, All The Stars and Boulevards, was produced by Epic Records and catapulted them into the spotlight. The band is perhaps best known for its single, Boston, whose music video features the lead singer on a beach full of pianos and was featured on the WB show "One Tree Hill." Their music has also been largely played on NBC's comedy, Scrubs. Characterized by piano lines and the breathy vocals of Dan Layus (the lead singer), Augustana's sound is at once contemplative and slow, but also captivating. Josiah Rosen left the band in April of 2006. Chris Sachtleben replaced Josiah. David Lamoureux also parted ways with the band end of 2006/early 2007. John Vincent replaced David.

Playlist: The Very Best Of Augustana

All The Stars And Boulevards