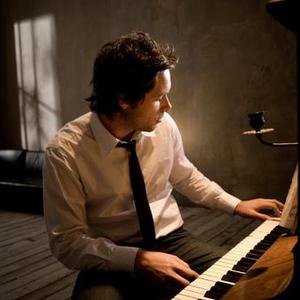 Michael Johns was a contestant on the 7th season of American Idol, where he made it into the top 8, but on April 10th following Idol Gives Back he was shockingly eliminated. Michael was born on October 20th, 1978 in Perth Australia. He came to the U.S. on a tennis scholarship, and at age 20 moved to Atlanta to pursue his musical career. He landed a job at a bar where he used to perform on the weekends with Hank Barbee, a gig which lasted 5 years.

In 2000 he joined an Atlanta band called Film, but it didn't last long. Michael formed his own band, The Rising, and got a recording contract with Maverick records in 2002. Their debut album was titled ?Future Unknown?. In 2003 they released the EP "Live from The Grove LA Store".
Michael currently lives with his wife in Los Angeles, California. His fans are eagerly hoping someone will sign him to a record deal.

Hold Back My Heart