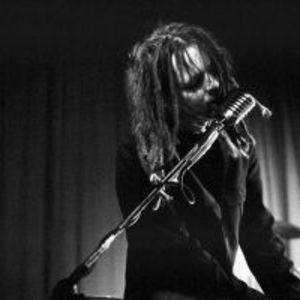 Duke Special, a.k.a. Peter Wilson, is a Belfast artist with an unique sound, often referred to as 'vaudeville'. His songs are shaped by an omnipresent piano, harps, brass, strings and - his trademark on stage - an old gramophone. The result are very romantic and passionate little hymns with the Duke's soft vocals. A quite antique sound, but never old-fashioned. Music was all he ever wanted to do.

Music was all he ever wanted to do. He learned piano as a child and sang traditional Irish songs in churches and community centres with his sisters. Soon he began writing his own songs and played in some local rock bands with little success.

Under his pseudonym 'Duke Special' he recorded two limited EPs (Lucky Me, My Villain Heart) and sold them at hundreds of concerts across Ireland, the UK and Germany. He supported Aqualung, Rufus Wainwright, Paddy Casey, Gemma Hayes, cDavid Ford, The Divine Comedy Snow Patrol and many others over the last years. More than 6,000 copies of the EPs were sold, and Duke re-released the two EPs as an album (Adventures in Gramophone). In 2005 the "Your Vandal"-EP was released.

Special credit must be given to his onstage partner Chip Bailey, who greatly amuses with self-made percussions formerly known as kitchenware.

Duke Special's second album (and debut on V2 Records) Songs From The Deep Forest is out now and received very good reviews. A limited vinyl box set with six heavyweight 7" in a wooden box is also available. The first single from the album was "Freewheel".

A special two disc edition of "Songs From the Deep Forest" was released on October 1st 2007. Amongst other bonus live tracks is the latest single "Our Love Goes Deeper Than This" with Neil Hannon (The Divine Comedy) and Romeo Stodart (The Magic Numbers).

Duke Special released his new album I Never Thought This Day Would Come in the UK in april 2009.

A more immediate and visceral collection than the previous multi-platinum selling Songs From The Deep Forest, the new album's many moments of beauty and hope are juxtaposed with a dark, brooding edge- the trademark twist of the Duke.

Recorded between Wapping, London; Champaign, Illinois and Culleybackey, Northern Ireland, I Never Thought This Day Would Come was produced by long-time collaborator Paul Pilot and mixed by Nick Terry, best known for his work with The Klaxons and The Libertines.

In a deliberate attempt to push outwards, Duke Special undertook many writing collaborations for this album including sessions with Daniel Benjamin - drummer with German punk band Jumbo Jet, Paul Pilot, Phil Wilkinson and Bernard Butler. The wind, brass and percussion of the RTE Symphony Orchestra, under the stewardship of the inimitable David Brophy, add a swirling carnival flavour to the proceedings.

Since the release of Songs From The Deep Forest, Duke Special has toured across Ireland, the UK and Europe. From headlining a packed-to-the-rafters Shepherds Bush Empire in London to stage diving at Electric Picnic, hosting five nights back-to-back at Belfast's Empire Music Hall to appearing as a special guest performer at the Cannes Film Festival, Duke Special has come further than he ever imagined he might. Crowded House invited him along on their first tour in ten years. He gave a little-known Welsh singer called Duffy her first ever shows, guested for the legendary Ray Davies in London and performed at The Irish Film Boards Oscar Wilde event in LA.

Duke Special's immense creative talents have seen him writing the theme tune for Sesame Tree - the Northern Ireland edition of Sesame Street - where he also got to sing with The Muppets in the final episode. He has hosted a night at the Belfast Film Festival where he performed as a puppet of himself. He recently created a night of song and theatre in the Spiegeltent for the Dublin Fringe Festival and performed his songs accompanied by a 60 piece strong RTE Symphony Orchestra at a sold out show in Dublin's National Concert Hall.

Under The Dark Cloth

The Silent World Of Hector Mann

Presents The Songs From Mother Courage And Her Children

I Never Thought This Day Would Come