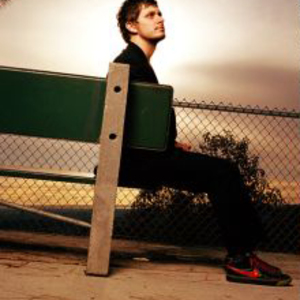 Bryan Hollon, aka Boom Bip, is a producer and musician who experiments with many different genres and has developed a sound of his own. His music is mostly instrumental, but over the course of his career he has collaborated with several vocalists. Boom Bip is also known for the remix work that he has done for many artists on several different record labels. Some of those artists include Hot Hot Heat, Mogwai, Four Tet, M83, Danny Elfman, Pet, and Super Furry Animals.

Hollon is originally from Cincinnati, Ohio but has relocated to the city of Los Angeles, California. His career began as a DJ on Cincinnati's WAIF and also as a DJ at a small club there called Ripley's hosting an evening of jazz, hip-hop and electronic music. He soon hooked up with New York producer DJ Osiris and Robert Curcio to produce "The Low End Sequence EP", named after his evening at Ripley's. Not long after that he met rapper Doseone in the local clubs and open mic nights and they collaborated on their first album titled Circle for Mush Records. This album grabbed the attention of John Peel and Gilles Peterson in the U.K. and soon they were a name in the British Underground Rap and Electronic scene.

The attention eventually led to Tom Brown, of Warp Records, asking Hollon to complete his first solo album for Lex Records. The album, Seed to Sun, was released in 2002. He has since released two more albums on Lex: a remix compendium entitled Corymb (2004), and most recently Blue Eyed in the Red Room (2005).

Boom Bip usually tours as full live band including drums, guitars, synths and many gadgets and machines. He has played many large festivals including: Pukkelpop, Coachella, Glastonbury and Transmusicales. He has toured with Super Furry Animals, Mice Parade, Interpol and others in the United States.