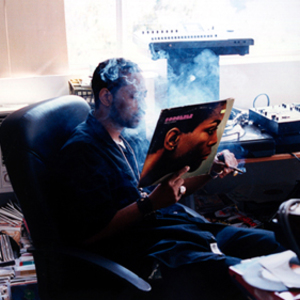 Otis Jackson Jr., known professionally as Madlib, is a Los Angeles-based DJ, multi-instrumentalist, MC, and music producer born on October 24, 1973 in Oxnard, California, United States. Known under a plethora of pseudonyms, he is one of the most prolific and critically acclaimed hip hop producers of the 2000s and has collaborated with myriad hip hop artists, including The Alkaholiks, Mos Def, De La Soul, Ghostface Killah, Talib Kweli, A.G.

MF DOOM (as Madvillain), and the late J Dilla (as Jaylib). Madlib has described himself as a "DJ first, producer second, and MC last", and he has done several projects as a DJ, mixer, or remixer. Madlib has been an influence on an upcoming generation of producers and musicians, many of whom prefer Madlib's abstract styles.

Before The Verdict (With Guilty Simpson)