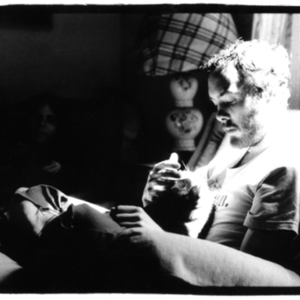 Most of his early works were released initially only on a limited number of hand-made cassettes and distributed entirely through the internet and tape trading, the cLOUDDEAD s/t LP Plan 9, Meat Your Hypnotis... were created during the winter of 1998 into the spring of 1999 using only a Dr. Sample, a cassette deck, and his "trusty" Tascam 8-Track. The re-release of the 55-track beat tape by Mush kept all of the original clicks, pops, tape noise, and hiss intact. Odd Nosdam's musical style is heavily influenced by ambient soundscapes, 70's dub, late 80's/early 90's hip hop production as well as indie rock, preferring older musical equipment (Dr. Sample Sp-202, E-MU SP1200), to create a rounded, warm mush of sound fortified with inspired beats.

His chosen pseudonym is a play on the name of the Norwegian artist Odd Nerdrum, combined with his last name backwards.