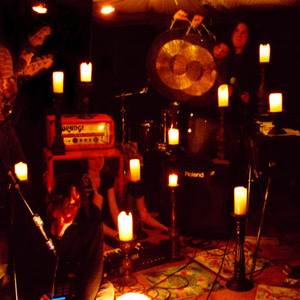 Deep in the woods of western Pennsylvania vocoders hum amongst the flowers and synths bubble under the leaf-strewn ground while flutes whistle in the wind and beats bounce to the soft drizzle of a warm acid rain. As the sun peeks out from between the clouds, the organic aural concoction of Black Moth Super Rainbow starts to glisten above the trees.

Some drugs were used in the making of this they will say. But with a smirk we know. Life is high enough.

Lost, Picking Flowers In The Woods