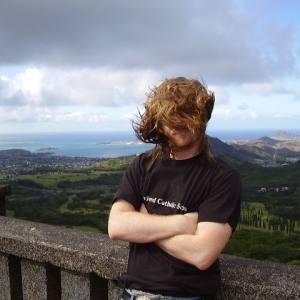 He was but a young buck, wet behind the ears and not all that wise. But if Jeffery James Logan?Catholic-born Chicago son, one-time Chuck Berry enthusiast, junior high schooler? knew one thing, he knew that he needed to play the drums. If he knew another thing, it was that he wouldn't get to, no matter how much angsty teen protest or sullen-eyed brooding he put into the cause, because, well, some jock kid was in better with the gym teacher.

So Jeff?the SP-1200 beatmachine master we now know as jel?took up the coronet. Thankfully, the SP found jel shortly after Christmas one high school year. He'd been helping elderly women pump gas as part of a long-term scheme to turn fuel into money into circuitry into sound. He still had the tapes from the year he fell in love with music?1989 radio broadcasts from 105.9 WGCI, The Rap Down with Franky J and Disco Dave?and had been desperately searching for a way to feed his intense attraction to beat-making ever since his first urges were denied. With cash clenched tightly in young fist, he marched to the nearest music store and happily bought the cornerstone of his entire sound: the SP-1200. Revenge on a gym teacher never felt so sweet. And jel never looked back.

The next few years were spent mostly in two places. When jel wasn't locked away in his room with his new mechanical love, he was helping out behind the scenes at Northwestern University's radio station. At home he'd cut, chop, record, and tap; on campus he'd pass his tapes along to local DJs and emcees that would stop by the station. jel's friend and radio partner Kevin Beacham introduced him to the hip-hop that came before, the secrets of the drum machine (i.e. how to cheat to 10-second sample time), and ?most importantly?a certain nasaltoned Cincinnati rapper who went by the name of Dose One. The rest of jel's story is the beginning stages and steady fruition of an entire movement in sound. In 1996, he quit art school in favor of the chills. In 1998, his first collaborations with Dose saw the light of day (Hemispheres). In January of 1999, the debut Themselves LP Them was finished, and by Spring of the same year, work would begin on the seminal Deep Puddle Dynamics project. And from that record?which included jel and Dose One, Sole and Alias of Portland, Maine's Live Poets, and Slug from Atmosphere?the concept of Anticon (or the tag: anticon) was somewhere born.

Today jel lives in the Oakland Bay Area with the same SP-1200 he purchased as a teen. They left the Midwest together in a concerted effort to defy genre with a collective of like-minded individuals and instruments. His crunchy punched-out beats and swells of low-bit atmospherics have become anticon trademarks, highly sought after by artists around the globe. jel was one of the first, if not the very first musician to use the a drum machine in live performance like a drum kit with little to no sequencing. Using the pads on the drum machine, jel plays each snare, bass kick, cymbal and loop with his fingers. And his raps ain't half bad either. To date, jel's list of collaborators includes Can's Malcolm Mooney, Stephanie Bohm from Ms. John Soda, Mike Patton, Wise Intelligent of Poor Righteous Teachers, Black Thought of the Roots, DJ Krush, Mr. Dibbs, Sage Francis, Atmosphere, and just about the entire anticon roster, naturally.

jel is currently a member of themselves (with Dose One and Dax Pierson), Subtle (a cello-drums-samplers-guitar-keyboards-winds and words sextet on Lex Records), and 13 & God (themselves and the Notwist). His second solo full-length is entitled Soft Money.