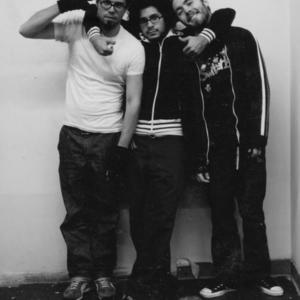 cLOUDDEAD is a musical group consisting of musicians Doseone (Adam Drucker), Why? (Yoni Wolf), and Odd Nosdam (David Madson). Generally Drucker and Wolf provide the group's vocals while Madson produces the music. Occasionally Madson's vocals can be heard, while Drucker and Wolf provide music, especially for the group's second album. The group's name comes from a nonsensical knock-knock joke Drucker's sister told him when she was 6 years old. The joke runs like this: "Knock-knock"

The group's name comes from a nonsensical knock-knock joke Drucker's sister told him when she was 6 years old. The joke runs like this:

But no-one remembers the punchline.

cLOUDDEAD's sound is notoriously hard to define, and although it is undoubtedly grounded in 'traditional' hip-hop, influences as varied as electronica, psychedelic music and indie rock can be heard. Because of this non-traditional take on hip-hop, more conservative corners of the rap community have labeled cLOUDDEAD as "smartarse surrealism" - with some rejecting the notion that the group can be classed as hip-hop at all, ignoring Doseone's request to 'just call it hip hop.'

cLOUDDEAD's first six 10" EPs were compiled in 2001 as a self-titled compilation album. The band's subsequent discography includes a further two 10" EPs, the single "Dead Dogs Two" and the album Ten. Printed on the sleeve of "Dead Dogs Two" is "this is clouddead number 9 of ten", indicating that as of Ten, cLOUDDEAD, as a group, have finished making music.

As of 2009 cLOUDDEAD came together under the name again to record a track on Themselves newest mixtape "theFREEhoudini" performing the song "Rapping 4 Money".