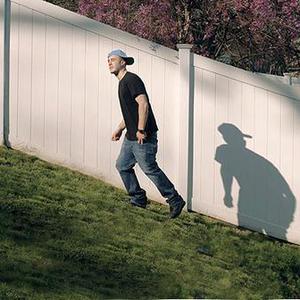 Clams Casino is the pseudonym of New Jersey resident Mike Volpe, who has shot from relative obscurity to production sensation thanks to a handful of blistering tracks. Edging into the limelight after passing tunes to Soulja Boy and Bay Area superstar Lil B, his originality has resonated with more than just rap fans. Clams hasn't confined his songwriting to rap music alone, and listening to his productions you can hear a keen sense of harmony, a pop sensibility and a willingness to let sounds dissolve into an uncharacteristic dream-like haze.

After a genre-bending EP Rainforest on the esteemed Tri Angle label, his LP "Instrumentals" compiles some of Clams' most crucial and sought after beats. Surprisingly, with the raps stripped away the tracks take on a life of their own, and hearing Clams' intricate productions with the space to breathe feels like a real privilege. The half-heard vocals, twisted, rolling beats and acid-bathed samples are now pushed to the forefront, and you'd struggle to hear how a rapper, no matter how competent would manage to compete with such precise songwriting. Clams' real skill is to combine the delirious club sound of post-2010 rap with something almost unheard in the genre. His sound is totally unique, and as he punctuates tracks with blissful ambience and inspired samples it's hard not to believe this is a producer destined for true greatness.