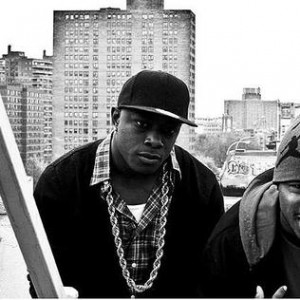 When Stephen Harris aka ST 2 Lettaz met David Williams aka Yung Clova at the Boys and Girls Club in Athens, Alabama, they never imagined they would come together to form the rap duo known as G-Side. Clova grew up in Box Alley, an area known for heavy crime and drug activity; while ST grew up in Acklen Hill, a street apart from Box Alley which was also heavy in crime and drug activity. Both young men endured many hardships in their childhoods, and yet found an outlet to give them a positive outlook to stay motivated despite the odds surrounding them.

Both young men endured many hardships in their childhoods, and yet found an outlet to give them a positive outlook to stay motivated despite the odds surrounding them. Clova endured poverty and dealt with family members struggling with issues such as drug abuse and the black southern experience; while ST endured poverty and homelessness, which eventually led to him being in the foster care system for three years, until he was able to return to his family.

The two young men, alike had no strong father figures in their lives, to make matters worse; ST lost his mother to thyroid cancer when he was 15 years old; nevertheless, through the struggles, pain, and adversities they endured in their childhoods. They were empowered to do something affirmative with their lives.

In 1999, ST and Clova began to write, rap, and perform together as G-Side. The two were influenced by rappers such as 8-Ball & MJG, UGK, Scarface, Outkast, Geto Boys, Master P, and 2 Pac, and through these influential rappers the two developed their own style of lyrics and delivery. ST focused on touching his fans with issues close to home through his own struggles in life, while Clova took a more mainstream approach to his lyrics.

In the beginning, the two were not as confident in their happenings, however, a man named Lil' Hunter changed all that for the two. Lil' Hunter, a local rapper himself, challenged the two young men to grow and evolve with their actions, to make them both strong performers and men.

Over the years, Clova and ST began to work on their craft. Through many emails and contacts the duo met with a producer out of Huntsville known as CP. From this point, chemistry was formed that propelled G-Side past many of their counterparts.

Presently, G-Side is focused on their 2nd album, ?Starshipz & Rocketz? which is set to be their crossover album. G-Side has started a movement with their music which will naturally evolve into working behind the scenes of the music industry. The initial goal of G-side and Slow Motion Soundz is to take the industry by storm and grow in every aspect of the entertainment industry. Through their determination, persistence, and commitment G-Side will grow to become one of the biggest entities in Alabama! The sky is the limit for this rap duo. In the course of constant growth and development, G-Side has given the world "Sumthin 2 Hate" and now its time for a glance into the future with "Starshipz & Rocketz!"