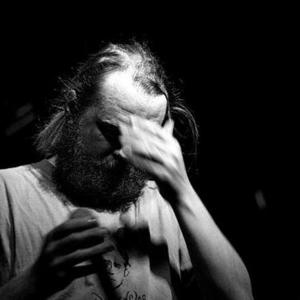 Sole, born Tim Holland, is an alternative hip hop artist and a co-founder of the anticon. collective. Sole is known for his dense, often dark stream-of-consciousness writing style. His verses are often filled with abstraction, metaphor and sarcasm while avoiding or deconstructing traditional hip hop topics. His albums and record label have been featured in magazines such as Playboy and The Wire. Sole is also a producer and releases his self-produced experiments under the alias mansbestfriend, taken from the name of his Apple G4 computer

Sole was born in 1977 in Portland, Maine. He recorded his first demo in 1992. He shopped the demo to Entertainment Resources International. There was serious interest, and he was flown to Florida to record a few songs. However, the record deal fell through, and soon after, at age 15, sole got together a new group called "45 Below Records", which included alias and a DJ, Cuz the Highlander, now better known as Moodswing9, and together released an album titled "Mad Skillz and Unpaid Billz" under the moniker Northern Exposure, selling more than 300 copies. At the age of 16, sole pressed up his first 12" and gave it away for free at the 1995 Gavin Convention. In 1996 sole started up a "webzine" and online radio station, run directly from his basement bedroom in Portland, Maine. His Live Poets 12" from 1997 garnered some press and college radio play, selling a few thousand copies and leading to connections with other like-minded artists like Doseone (Adam Drucker), Jel (Jeffrey Logan), Atmosphere, Shapeshifters, and the Sebutones (Sixtoo (Vaughn Robert Squire) and Buck 65 (Richard Terfry)). In early 1998, sole and Pedestrian (James Brandon Best), coined the name anticon. and together started the collectively owned record label of the same name. In the summer of 1998 Sole, Alias, and Doseone traveled to Minneapolis and together with Slug of Atmosphere recorded the first official Anticon album "Deep Puddle Dynamics". Pedestrian and sole eventually left for California, settling in the Bay Area. Anticon. is currently owned by eight members, sole, alias, pedestrian, jel, doseone, why? (Yoni Wolf), Baillie Parker, and odd nosdam (David Madson), well-known for his instrumental albums and his production work on sole's albums.

Sole is married to Yasamin Holland. Her name and references to her can be heard scattered throughout his lyrics.