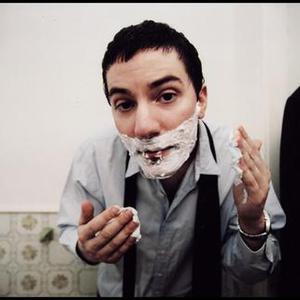 Sixtoo (aka Six Vicious, Speakerbruiser Rob) was the main project of Canadian hip-hop DJ, MC and producer Vaughn Robert Squire. He was born in 1978 in Halifax, Nova Scotia, Canada. He came out of the mid-90's underground hip-hop scene sharing the stage with such notable Canadian hip-hop artists as Buck 65 (with whom he formed Sebutones) and members of the Anticon crew. This period lasted until he moved to Montreal in 2000 where he signed with UK-based label Vertical Form Records.

In 2003 he signed to Ninja Tune Records and released the albums Chewing on Glass & Other Miracle Cures and Jackals and Vipers in Envy of Man.

As of the summer of 2009, the Sixtoo name has been laid to rest as a result of a break-in and theft of hard-drives containing unreleased Sixtoo recordings, session stems, sample kits and loops, and archive material spanning 15 years.

Squire has also worked under the aliases Six Vicious, Villain Accelerate (with Daren Okafo aka stigg of the dump) and S&N (with Norsola Johnson). He has recently focused his career on a remix project named Megasoid with Hadji Baraka of Wolf Parade, as well as making music under the alias Speakerbruiser Rob.

Jackals And Vipers In Envy Of Man

Chewing On Glass & Other Miracle Cures

Songs I Hate (And Other People Moments)