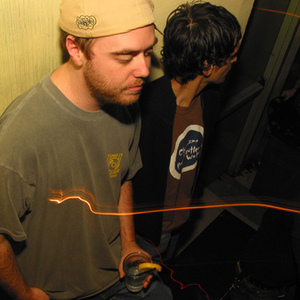 Cut Chemist is the performing name of Lucas MacFadden, a solo turntablist. He is a former member of the funk Latin band Ozomatli, and of the underground rap group Jurassic 5. He became known through the Los Angeles-based rap group Unity Committee, and debuted on vinyl on the B-Side of Unity Committee's 1993 single, Unified Rebelution. The track, "Lesson 4: The Radio" was an ovation of Double Dee and Steinski's seminal hip-hop masterpieces, "Lessons 1-3."

Proceeding the vinyl release, Unity Committee with another group, Rebels of Rhythm, formed Jurassic 5. Cut Chemist contributed avidly to the group, adding "Lesson 6: The Lecture" to Jurassic 5's eponymous EP release and producing the entirety of the record. Between then and other releases, he explored remixing along side DJ Shadow and Liquid Liquid, and performed doing outside work (sampling and scratching for Less Than Jake, and appearing with Ozomatli). From late 1996 to mid 1997, Cut Chemist recorded his album debut, Live at Future Primitive Sound Session, with Shortkut of Invisibl Skratch Piklz.

According to the official Jurassic 5 website, Cut Chemist will not be appearing on their forthcoming album (due July of 2006). In May of 2006, Cut Chemist indicated to Billboard magazine that he has left the group.