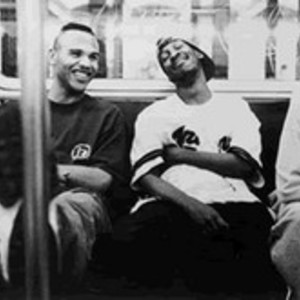 The X-Ecutioners is a group of hip hop DJs/turntablists from New York. They used to include 11 members and were originally called X-Men, after the Marvel Comics characters, but had to change their name due to copyright infringement. The crew was later reduced to members Rob Swift, Roc Raida, Total Eclipse, and Mista Sinista, the last of whom later left the group. Their original name was chosen partly because Super DJ Clark Kent's crew of DJs was called the Supermen. They have been known to do several collaborations with Linkin Park, especially the group's MC, Mike Shinoda.

The X-Ecutioners have worked with many famous artists on Built From Scratch and Revolutions and are highly respected in hip-hop for their turntable skills. They are famous for beat juggling which is a well known DJ-ing technique.

The X-Ecutioners contributed to a remix of Run-DMC's King of Rock on the Harmonix game Amplitude.

In 2005, the X-Ecutioners released a collaboration album with Mike Patton, the former lead singer of Faith No More. Entitled "Joint Special Operations Task Force" and credited to General Patton vs. The X-Ecutioners, the album received significant critical acclaim.

Artists that have worked with The X-Ecutioners are as follows:

Scratchology: Mixed By The X-Ecutioners