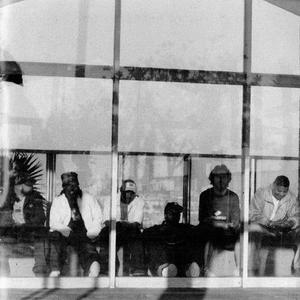 Jurassic 5 was originally a six-piece hip-hop crew that was formed in 1993 at the Los Angeles, California venue Good Life. Rappers Chali 2na, Akil, Zaakir aka Soup, Mark 7even, and turntable maestros DJ Nu-Mark and DJ Cut Chemist came together from two separate crews, the Rebels of Rhythm and Unity Committee. Cut Chemist left the band in 2006 to pursue a solo career. The group debuted for TVT Records in 1995 with the single for Unified Rebelution.

The group debuted for TVT Records in 1995 with the single for Unified Rebelution. Their acclaimed position in the 1990s alternative hip-hop movement, alongside artists including Company Flow, Black Star and Kool Keith, was confirmed when the Jurassic 5 EP was released in December 1997.

The EP was later repackaged with additional tracks and released in December 1998 as the band's full-length debut album, entitled Jurassic 5 LP.

The tracks harked back to the old school attitude of new york's Native Tongues Posse, the seminal late 1980s coalition of artists who reaffirmed rap's social agenda, which included De La Soul, the Jungle Brothers and A Tribe Called Quest. This was evident on the song Concrete Schoolyard ("Let's take it back to the concrete streets/Original beats from real live MCs"), and the album even provided the troupe with a surprise uk Top 40 single when it reached number 35 in November 1998. The other stand-out track, Jayou, was built around a hypnotic flute loop from Pleasure Web's Music Man Part 1 (Music Man Part 1).

In 1999, Jurassic 5 signed to Interscope Records, who re-released the Jurassic 5 EP. This was followed by their second album (their first on a major label), Quality Control.

In 2002, they released their third album, Power In Numbers, which was followed by touring with the newly-revived Lollapalooza festival in the summer of 2003.

On March 21, 2007, in an interview with the Australian news outlet News.com.au, Zaakir confirmed that the band would be breaking up after their current and final live-tour.

Baby Please bw Where We At-VLS