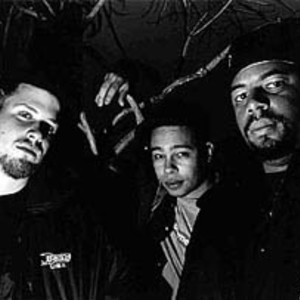 Company Flow was a New York based hip-hop group. Their 1997 debut album Funcrusher Plus is often cited as the catalyst for the new type of underground hip-hop scene that emerged in the late nineties. Company Flow consisted of El-P, Bigg Jus and DJ Mr. Len. The group disbanded in 2000 after Bigg Jus had left in 1999. As a duo, El-P and Mr. Len released another instrumental album called Little Johnny From the Hospitul, after which each of the elements pursued their solo projects, El-P expanding the roster of his label Definitive Jux and Mr. Len giving life to Dummy Smacks Records.

In 2007, the two Co Flow lyricists temporarily re-joined on stage at the CMJ Music Festival in New York. The 10 year anniversary re-issue of Funcrusher Plus, to appear on Def Jux (and for which Co Flow were supposed to be recording new material) has been delayed.

Little Johnny From The Hospitul