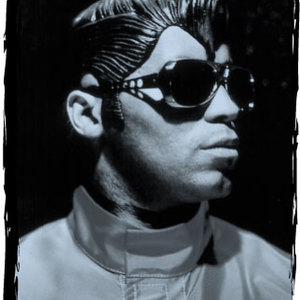 An original member of New York's new-school pioneers the Ultramagnetic MC's, "Kool" Keith Thornton is best known as a solo rapper. His signature style is stream-of-consciousness lyrical flow and complex vocals, two skills that earn him a perennial nod from the underground hip-hop community. The average Kool Keith album is peppered with bizarre, disjointed, even delusional or disassociated themes, concepts, and references. Nearly all of his albums incorporate a satirical dislike for more commercialized strains of hip-hop, as well as major record labels.

Thornton's early career and lyrics with the Ultramagnetic MC's often referenced his time as a patient of Bellevue, a psychiatric hospital, where he was treated for depression. With Ultramagnetic MC's, his abstract style developed, maturing in songs like Poppa Large. He was probably the first rapper to create an alter ego, and then create an alter ego for that alter ego (Kool Keith v. Moe Luv). After the Ultramagnetic MC's broke up, he expanded his resume, experimenting with new styles, including his self-described pornocore, known for pornographic imagery and brutal, abstract lyrics. Sex Style released in 1997, was the showcase for this genre.

Teaming up with Dan the Automator Nakamura under the name Dr. Octagon, Thornton again reinvented his image, recording the self-titled Dr. Octagon album (later reissued under the title Dr. Octagonecologyst) which was released by the English trip hop label Mo Wax. The album received critical acclaim, though mainly from sources outside the mainstream hip-hop community. The critical success of the album helped to open the accessibility of the underground hip hop scene to an appreciative audience. For Dan the Automator, this album laid the foundation for a burgeoning career and accolades as a producer; for Thornton, the success of Dr. Octagonecologyst seemed to put him in danger of being typecast as a "space and Mars" rapper, or an industry tool, which he throughout his career has looked down upon.

Your Mom Is My Wife (With Kutmasta Kurt) (EP) (Tape)