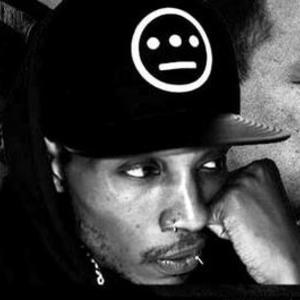 Deltron 3030 is a supergroup of hip-hop artists, composed primarily of producer Dan the Automator, rapper Del Tha Funkee Homosapien and DJ Kid Koala, though their work features many other artists as well, all taking on various futuristic pseudonyms. Their debut CD Deltron 3030 is a concept album set in the year 3030 that tells of Del's alter ego Deltron Zero's fight against huge corporations that rule the universe. The lyrics are characterized by extravagant allusions to futuristic outer-space cliches and astronomy.

The band and album can also be viewed as a more hip hop-oriented precursor to Damon Albarn and Dan the Automator's later, better-known project, Gorillaz, which also features vocals by Del Tha Funkee Homosapien and scratching from Kid Koala. Some also see this album as a successor to Kool Keith's Dr. Octagon project, as both albums were produced by Automator and both saw the release of an instrumental version.

Among the featured artists on the album:
*Dan the Automator as "The Cantankerous Captain Aptos"
*Del Tha Funkee Homosapien as "Deltron Zero"
*Kid Koala as "Skiznod the Boy Wonder"
*Cameos by Damon Albarn, Sean Lennon, Prince Paul, MC Paul Barman (as Cleofis Randolph the Patriarch) and many others.