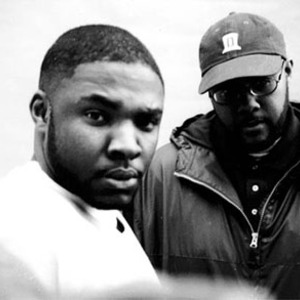 Gift Of Gab (Tim Parker) and Chief Xcel (Xavier Mosley) met at John F. Kennedy High School in 1987 in Sacramento, California and formed the group in the early 1990s. They released their first recording, "Swan Lake", on solesides records. The Solesides Crew consisted of the duo, as well as other friends of theirs they had met at University of California - Davis, including DJ Shadow, Lyrics Born and Lateef The Truth Speaker. The single was an underground hit, but label trouble prevented the duo from immediately capitalizing on their fame.

In late 1997, Solesides became quannum projects and in 1999 Blackalicious released the A2G EP, which served as a precursor to their debut full length album, Nia, which was released the following year. This was followed by a major label contract with MCA Records and the release of the critically acclaimed album Blazing Arrow in 2002.

In May 2004 Gift of Gab released his first solo album, 4th Dimensional Rocketships Going Up, but he assured fans that Blackalicious was alive and well.

A third full length, entitled The Craft, was released on Epitaph Records imprint ANTI- on September 27, 2005.