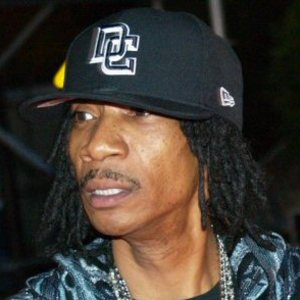 DJ Kool (Born John W. Bowman, Jr.) was a rapper in the late 1990s who produced various popular rap singles. Born in 1959 in Washington, DC, his influence from his years of working the go-go and rap circuits became apparent in his music. During the early- to mid-1980s, Kool worked as a warm-up DJ for Rare Essence, until he was picked up by CLR Records. In 1996, he recorded his most famous track, "Let Me Clear My Throat".

In 1996, he recorded his most famous track, "Let Me Clear My Throat". The song prominently features a sample from the song "The 900 Number" by The 45 King, (that song featuring a sample from Marva Whitney's "Unwind Yourself" [1] repeated over a breakbeat for 6 minutes). The song also begins by sampling "Hollywood Swinging" by Kool and the Gang. The song is an instantly recognizable floor filler, and the track remains popular to this day. DJ Kool is most recently featured on Mya's latest single "Ayo", from her new album, Liberation, due to be released November 14th. He also featured on two tracks for Will Smith's 2005 album Lost and Found

Let Me Clear My Throat