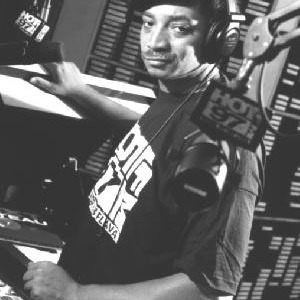 DJ Red Alert is recognized and respected worldwide as one of the founding fathers of Hip-Hop music and culture! He has received numerous awards and accolades including a special award at the first annual Rap Hall of Fame Awards show. The prestigious Lifetime Achievement Award from IMPACT music trade publication for 1998 and the 1997 Mix Show DJ of the year award from GAVIN. In addition DJ Red Alert was named one of the 50 most influential people in music by ROLLING STONE magazine. Red Alert has a display in the Radio Section of the ROCK AND ROLL HALL OF FAME in Cleveland, Ohio.

The only DJ of this era so honored! Kool DJ Red Alert was named an honorary ambassador to the United Nations in recognition of his contributions in the field of music. In June 2003 Red Alert was inducted to the Bronx Walk of Fame where past honoree's have included such luminaries as General Colin Powell. DJ Red Alert has appeared in over 50 music videos.


Red was reared by his maternal grandparents, who were from Antiqua. Red's love for those around-the-way basketball games led him to his high school team at DeWitt Clinton. No doubt this is where he was dubbed the nickname, "RED"; for his red hair and alert response on the court. Red later received a college basketball scholarship. During the last of his high school years, Red hung out at the Saturday night parties thrown by DJ Kool Herc (the first hip-hop deejay) and his emcee Coke La Rock (who Red credits as "the very first rapper") at clubs throughout the west Bronx.

Now a seasoned veteran as radio jock, club jock and studio man, Kool DJ Red Alert has established his place as one of the world's premier DJ's. To top it off Red Alert owns a production and management company, Red Alert Productions (RAP). The company garnered a reputation for developing and promoting new talent. RED is responsible for launching the career of such widely acclaimed acts as the Jungle Brothers, Tribe Called Quest, Black Sheep and Queen Latifah to name four.