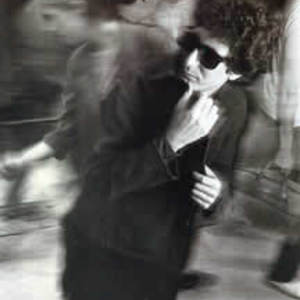 Stan Ridgway's tenure with Wall of Voodoo may have launched him to semi-stardom, but his solo musical style is more blues rock, almost Americana-ish, than WoV's big hit "Mexican Radio." Multiple solo albums and collaborations later, Ridgway morphs with each release. Multi-instrumentalist singer-songwriter Stan Ridgway was the original lead singer for the band Wall of Voodoo, singing on their debut EP and first two albums, including their only hit song, "Mexican Radio".

Multi-instrumentalist singer-songwriter Stan Ridgway was the original lead singer for the band Wall of Voodoo, singing on their debut EP and first two albums, including their only hit song, "Mexican Radio". Wall Of Voodoo's genesis was in a Hollywood company called "Acme Soundtracks", a commercially unsuccessful venture founded in 1977 in Hollywood by Ridgway. Ridgway's intent for the company was to provide soundtrack music for independently produced low-budget horror films; unfortunately, the company found few takers for its services. Instead, Acme Soundtracks evolved into a band that played live shows.

The band was named Wall Of Voodoo by Ridgway before their first gig in reference to a comment made while recording and overdubbing a Kalamazoo Rhythm Ace drum machine, a gift to Ridgway by writer and iconic voice over artist Daws Butler, partner to Stan Freberg, voice of Yogi Bear and many other Hanna-Barbera characters. When someone jokingly compared the multiple drum machine and farfisa organ laden recordings to Phil Spector's Wall of Sound, Ridgway commented it sounded more like a "Wall Of Voodoo", and the name stuck.

Actually, for new listeners, the voodoo reference was a little misleading, as it referred to the music's often spooky quality, as opposed to any Haitian or Caribbean influences. In fact, WoV's music could fairly have been described as a cross between early synthesizer pop (especially that of Devo) and Ennio Morricone's soundtracks for Sergio Leone's "Man with No Name" films. Adding to the music's distinctiveness was Nanini's percussive experimentation, mixing drum machines with unconventional found instruments such as pots, pans and various kitchen utensils, as well as Marc Moreland's twangy spaghetti-western guitar. On top of the mix was Ridgway's unusual vocal style?a nasal Western drawl that combined the stoic ballad-style Sprechgesang of Johnny Cash, the declamatory theatrical delivery of Ethel Merman, and the ironic, clenched-jaw voice of a wisecracking ventriloquist's dummy. One of Ridgway's hobbies since childhood has been ventriloquism and he occasionally assumes the persona of a dummy named Jackie T. Lazar, such as in his cover version of "Behind Closed Doors" from Holiday in Dirt and in the video for "Big Dumb Town" from Black Diamond.

Ridgway embarked on a solo career in 1983, shortly after Wall of Voodoo's appearance and break up at the US Festival that same year. After collaborating on the song "Don't Box Me In" with Stewart Copeland from The Police for the soundtrack to the film Rumble Fish (1983), directed by Francis Ford Coppola starring Mickey Rourke, Matt Dillon, Dennis Hopper and Tom Waits, he released his first proper solo album, The Big Heat (1986), which included the top 5 European hit "Camouflage". This was followed by numerous other solo recordings Mosquitos (1989), Partyball (1991), Black Diamond (1995), anatomy (1999), The Way I Feel Today a collection of big band standards (2000) and Holiday in Dirt (2001) which also included a DVD of videos. Ridgway's most recent solo outing is SNAKEBITE: Blacktop Ballads and Fugitive Songs (2005) featuring the narrative song, "Talkin' Wall Of Voodoo Blues Pt. 1", a history of his former band in song that was especially poignant, having followed the recent deaths of Marc Moreland and Joe Nanini.

Since the early days of Wall of Voodoo, Ridgway has been interested in music for cinema. A list of films for which Ridgway has written scores and/or original songs is included below. Ridgway's album Holiday in Dirt was a quasi-cinematic project, with the release of the album accompanied by a showing of 14 short films by various independent film makers, each film corresponding to one of the songs on the album. A compilation DVD of the films was released in February 2005.

In 1994, Ridgway began work on a new project in the form of a trio called Drywall, the other members of the trio being Ridgway's wife, keyboardist/vocalist Pietra Wexstun of the band Hecate's Angels (who had previously worked with Ridgway on Mosquitos and Partyball), and former Rain Parade drummer Ivan Knight. In 1995, Drywall released its first album (first of a "trilogy of apocalyptic documents"), titled Work The Dumb Oracle. A short film directed by Carlos Grasso titled The Drywall Incident was released the same year. An extended, instrumental soundtrack album for The Drywall Incident was released in 1996.

Ridgway and Wexstun also collaborated on a suite of mostly instrumental and orchestral pieces to accompany an exhibition of post modern surrealist artist Mark Ryden's paintings, which was released as the album Blood- Miniature Paintings of Sorrow and Fear"in 2003 in a unique 3 panel packaging design by the artist which quickly sold out of its limited pressing of 7,500.

Stan Ridgway and Drywall regrouped in 2006 to release the album Barbeque Babylon, the third "apocalyptic document" with the single "The AARP Is Following Me". The new Drywall lineup features Rick King on guitars and bass and Bruce Zelesnik on drums and percussion.

Ridgway has also contributed to albums and projects by producer Hal Willner, Frank Black and the Catholics, The Flesh Eaters, The Divine Horsemen, The Ray Campi Quartet, The Fibonaccis, and Roger McGuinn.

Live! 1989 The Ancient Town Of Frankfurt @ the Batschkapp Club

Songs That Made This Country Great