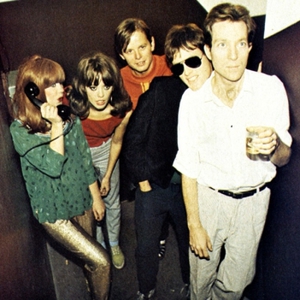 The name comes from the bouffant wigs that are part of the band's distinctive look, worn by singers Cindy Wilson and Kate Pierson. Along with Wilson and Pierson, fellow vocalist Fred Schneider, drummer (and later guitarist) Keith Strickland and guitarist Ricky Wilson (Cindy's older brother) formed the band after a drunken night at a Chinese restaurant.

Their sound is particularly marked by the vocals of Wilson and Pierson, with Kate singing in a slightly deeper voice, along with the generally monotone or spoken-word vocals of Schneider. Aside from their vocals, the band also had a unique New Wave sound that was a combination of dance and surf music, and the unusual guitar-string tunings utilized by Ricky Wilson. Although part of the new wave movement, their music was more experimental than most new wave, indulging in all manner of odd vocal and synthesizer effects. It created a quirky dance sound that became very popular.