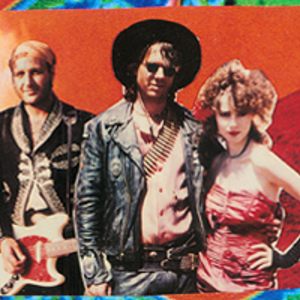 Martini Ranch was a New Wave band conceived in 1982 by Andrew Todd Rosenthal. The band was composed of Andrew (vocals and guitar) and actor Bill Paxton (vocals and samples), and featured a similar sound to late 1980s Devo. Understandably, this similarity of sound was most evident on the track "How Can the Labouring Man Find Time for Self-Culture?", which featured three members of that band. Martini Ranch is currently recording a new multimedia "Musical" which is a collaboration with composer Michael Sherwood.

This project will be directed & executive produced by Carl Weathers and should be completed by the end of 2010. This new "Musical" is an evolution of works consisting of classical, jazz & progressive rock and is a hybrid of many styles and influences, including Weather Report, and Frank Zappa.