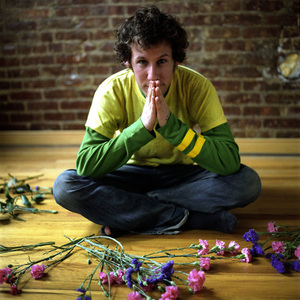 Ben Lee (born on September 11, 1978) is an Australian musician. He began as a musician at the age of 14 with the Sydney band, Noise Addict, but focused on his solo career when the band broke up, around when he turned 18. He is also an actor, having starred in the 2003 Australian film The Rage In Placid Lake. For many years he was dating Claire Danes but their relationship ended in 2003. Ben Lee's musical career began in 1993 with the band Noise Addict who came together after Ben was inspired to "do it himself" after seeing a Nirvana concert.

Ben Lee's musical career began in 1993 with the band Noise Addict who came together after Ben was inspired to "do it himself" after seeing a Nirvana concert. Noise Addict were signed to Steve Pavlovic's independent label Fellaheen Records, on the strength of a self-produced and distributed four-track demo recorded in Lee's bedroom. Pavlovic's connections brought the band to the attention of Sonic Youth's Thurston Moore and Beastie Boys' Mike D, both of whom released the band's material in the US. The group put out several releases, including its one and only album in 1995, but broke up not long after its releases. He was also briefly a member of the alternative act Gerling.

Lee's solo career started at the age of 16, while he was still in Noise Addict, when he began recording his first solo album, Grandpaw Would, in both Sydney and Chicago with producer Brad Wood. This was followed by the 1997 album, Something To Remember Me By, also produced by Wood.

1999's Breathing Tornados marked a new direction for Lee as he introduced synths and increased instrumentation into his sound. The album was a huge success, with the first single, "Cigarettes Will Kill You", finishing second in that year's Triple J Hottest 100. Lee also enjoyed success with the single "Something Borrowed, Something Blue" - from the album hey you. yes you. - reaching no 22 in 2002's Triple J Hottest 100.

In 2001 he joined forces with Evan Dando, Tom Petersson of Cheap Trick and Jason Schwartzman of Phantom Planet and acting fame. Calling themselves Dando Lee Petersson Schwartzman, they recorded a single, "Dead or Anything", at Globe Studios, New York.

During 2003 he teamed up with Ben Kweller and Ben Folds for a side project entitled The Bens. They recorded four songs together in Nashville, resulting in a self-titled EP.

In late 2004, he left Steve Pavlovic's Modular Recordings and started up his own record label, Ten Fingers. The first release on the label was the single, "Gamble Everything For Love", followed by the album, Awake Is The New Sleep in February 2005. A defining release in his career, the album showcased a much brighter, positive side of Lee's personality, in contrast to his previous darker musings. Awake Is The New Sleep received several nominations for the 2005 Australian Recording Industry Association (ARIA) awards, and Lee won Best Male Artist, Best Independent Release, and Single Of The Year for "Catch My Disease". Catch My Disease was also number 2 on the 2005 Triple J Hottest 100.

In September 2007, Lee released his sixth solo album, named "Ripe" after the final song on the record. The album is somewhat controversial, with most songs relating in some way to sex, lust and love. Mandy Moore features on the album in the song "Birds and Bees", and Benji Madden plays electric guitar in "Sex Without Love". It also features Sara Watkins, Rachael Yamagata, Charlotte Martin, Ned Bower, Taylor Locke and Robert Schwatzman (who is also credited for co-writing 'Sex Without Love'). It was a big step away from the spiritual "Awake is the New Sleep", but shows Lee's need for change in songs. The album was produced by John Alagia and released under the Inertia/Ten Fingers label 'Awake is the New Sleep' was released under.

February 2009 brought the release of his latest LP entitled "The Rebirth of Venus." This release also includes a bonus disk that includes six cover songs that Ben has done including "Kids" by MGMT and "New Wave" by Against Me!.

Freedom, Love, And The Recuperation Of The Human Mind

A Mixtape From Ben Lee

Love Is The Great Rebellion

Ayahuasca: Welcome To The Work

The Rebirth Of Venus

Awake Is The New Sleep

Hey You. Yes You.