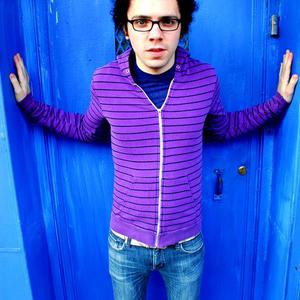 On his debut album This is the New Year Ian Axel celebrates relationships, personal transformation and fresh starts. While examining ties to family, friends and significant others, Axel has created an album full of playful anthems extolling these human connections and rediscovers that all-important, yet under-considered, link to one's younger self along the way. ?I always feel like I'm trying to reconnect with something I had when I was a kid,? says Ian. ?Children have a glow and an energy we seem to lose later.?

Axel combines the resonant piano work of Elton John with the confessional quality of Sufjan Stevens and the charming quirkiness of Regina Spektor. Made up of a dozen exuberant and witty original songs, This is the New Year features guest vocalist Jenny Owen Youngs (harmonies on "Say Something"), bassist Chris Kuffner (Regina Spektor, Ingrid Michelson) and drummer Adam Christgau (Sia, Joshua Radin) as well as a large cast of musician friends, mentors and peers.

According to the This Is The New Year Songfacts, the title track was used as the theme tune to the MTV reality program I Used To Be Fat.

This Is The New Year