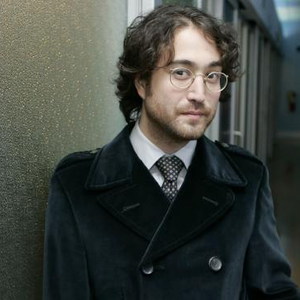 His first appearance on record was on Ono's album Season of Glass (1981), reciting a story that his father used to tell him. At the age of 9, he performed the song "It's Alright" on the Yoko Ono tribute album Every Man Has A Woman (1984). In 1988 Sean was featured in the cast of Michael Jackson's Moonwalker. He has recalled working with Jackson as a positive experience. Later in life, his initial efforts as a serious musician came as collaborations: he appeared on Lenny Kravitz's album Mama Said (1991) and formed backing-band IMA for his mother's album Rising (1995).

In 1997 Lennon (along with fellow IMA member Timo Ellis) joined New York-based Japanese duo Cibo Matto (Miho Hatori & Yuka Honda) for their second EP, Super Relax. Through his association with Cibo Matto, he was approached by the Beastie Boys' Adam Yauch, who expressed an interest in his music. Lennon's debut solo album, Into the Sun, was released in 1998 on the Beastie Boys' record label, Grand Royal Records. Regarding Grand Royal, Sean has said, "I think I found the only label on the planet who doesn't care who my parents are and what my name is. It's a good feeling to know that I wouldn't have gotten the offer if they wouldn't have liked my songs. That's pretty rare in the music business!". Into the Sun was produced by fellow Cibo Matto member and then girlfriend, Yuka Honda, who Sean claimed was his inspiration for the album. A music video for "Home", a single from the album, was directed by Spike Jonze and enjoyed extended airplay on MTV. Cibo Matto played as Sean's backing band on Into The Sun and joined him during the closing scene in the "Home" music video.

In 1999, Sean's EP Half Horse, Half Musician was released featuring new tracks such as "Heart & Lung" and "Happiness" as well as remixes of songs from Into The Sun. Later in the year, Cibo Matto released their second album Stereo Type A. To the dismay of many Cibo Matto fans Stereo Type A was to be their final album and the group has since disbanded. The Millennium saw Sean briefly stepping into the world of Hip Hop, contributing vocals to Del tha Funkee Homosapien and Handsome Boy Modeling School (in which he performed a duet on "Sunshine" with musician Josh Haden). In 2001, Sean performed "This Boy" and "Across The Universe" live with Rufus Wainwright and Moby for Come Together: A Night for John Lennon's Words and Music. In the following years Sean stayed out of the spotlight (aside from gaining minor media attention when he dated Elizabeth Jagger). However he collaborated with various bands and artists either as a session musician or as a producer.

After Grand Royal Records' demise in 2001, Sean signed with Capitol Records, yet no solo material surfaced until early February 2006, when "Dead Meat" was released as the first single from his new album, Friendly Fire. A promotional trailer for the CD/DVD package of Friendly Fire was leaked online in early 2006. The trailer featured scenes from the film version of the album, a DVD of music videos comprised into a film. In actuality, the videos were screen tests for Coin Locker Babies, another project on which Lennon is working, and rather than waste film, he decided to create a cinematic counterpart to his new album. Friendly Fire went on to be released in October, 2006. Though mixed reviews (however mostly positive) came from the music press, the album was highly praised by fans and many [attribution needed] consider it to be Sean's strongest work to date. The night the album was released, Lennon made his first major television appearance since 2001, performing "Dead Meat" live on the Late Show with David Letterman. Lennon has since appeared on The Sharon Osbourne Show (UK) and Late Night with Conan O'Brien. Aside from his solo music, 2006 also saw Lennon collaborating with Jordan Galland and his band Dopo Yume for their album The Secret Show as well as The Strokes guitar player Albert Hammond, Jr. on his debut solo album Yours to Keep. Since 2006, Sean has been touring extensively in promotion of Friendly Fire and while in France remixed his song "Parachute" in collaboration with French artist -M-. The remix is entitled "L'?clipse".

Rosencrantz And Guildenstern Are Undead

Half Horse Half Musician