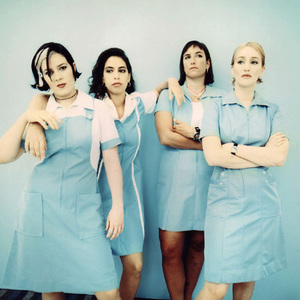 Vivian Trimble left the group in 1998, and in 2000 (after releasing one album as a trio) the group officially announced the break up of Luscious Jackson.

February 2007 saw the release of Luscious Jackson's "greatest hits" compilation, and in the fall of 2006 the band announced that they had reunited and were to release a new children's album, a plan which never came to fruition and the band ceased activity in 2007.

In the January 2012 issue of "Rolling Stone" magazine, the band announced that they had reunited in late 2011 and would be recording a new album, funded by crowdsourcing.

Fever In Fever Out

In Search Of Manny