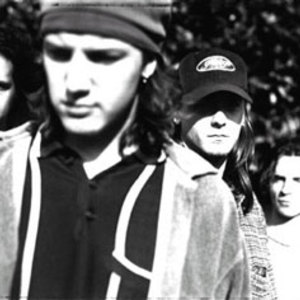 Candlebox is a rock band from Seattle, Washington. Formed in December 1991, they originally named the band Uncle Duke and later changed it as a tribute to a song by Midnight Oil. They were sometimes looked down upon by grunge fans for their style, which was considered by many to be a derivative version of true grunge, and their commercial success suffered as a result. Despite this, the band played the Seattle club circuit during the early 1990s to the many of the same fans who had supported many of the bands that had come immediately before them.

The members did not consider Candlebox to be a grunge band however; they viewed themselves as a rock and roll band more than anything. Nevertheless, Candlebox had sold more than 4 million copies of their self-titled debut which, after many months of gaining momentum, peaked at number 7 on Billboard's album charts. Their follow up album, Lucy, was certified as platinum. Their third and last album was Happy Pills, which was released in 1998. Candlebox was the first successful act on Madonna's Maverick Records, which went on to sign Alanis Morissette, Deftones, and Prodigy.

Candlebox was known for an explosive live show and throughout their 8 year career, they toured with such bands as Living Colour, The Flaming Lips, Our Lady Peace, Rush, Henry Rollins, and Metallica. They were also a featured band on the main-stage at Woodstock '94 and made repeat live performances on the David Letterman show.

They are best known for the singles "Change", "You", "Far Behind" and "Simple Lessons". "Far Behind" entered Billboard's Top 20 in July of 1993 and didn't drop off the charts until January of 1994. The videos for "Far Behind" and "You" were in seemingly perpetual rotation on MTV and became two of the most requested videos of 1993.

In 2006, Candlebox has reunited with their original line-up. They went on a three-month North American tour beginning on July 1st of the same year. This marks their first collaboration since 1996.

In 2008, Candlebox released their fourth studio album called "Into the sun". This meant their return since 1998's Happy Pills. Also, they released a Live album called "Alive in Seattle" which includes tracks from all their past albums.

Love Stories And Other Musings

The Best Of Candlebox