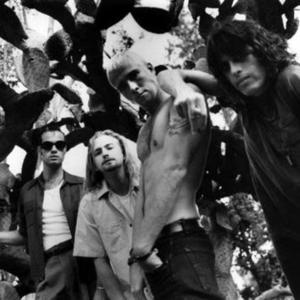 Stone Temple Pilots (commonly referred to as "STP") is a Grammy Award-winning American rock band consisting of Scott Weiland (vocals), brothers Robert DeLeo (bass guitar, vocals) and Dean DeLeo (guitar), and Eric Kretz (drums, percussion). The band was originally active from 1986 to 2003, and reunited in 2008. The band's five studio albums have sold over 17 million copies in the United States alone.

The band's five studio albums have sold over 17 million copies in the United States alone. The band has had fifteen top ten singles on the Billboard rock charts, including six number ones, and one number one album on the pop charts (1994's Purple). In 1993, the band won a Grammy for "Best Hard Rock Performance" for their song "Plush". Stone Temple Pilots were also ranked at number 40 on VH1's The 100 Greatest Artists of Hard Rock. In 2003, the band released the greatest hits compilation Thank You. Around this time, band members began going their separate ways. After the band's break-up in 2003 , Weiland became the frontman of Velvet Revolver with former members of Guns N' Roses. The DeLeo brothers formed the band Army Of Anyone with Richard Patrick of the band Filter. Kretz founded Bomb Shelter Studios in Los Angeles.

The band reunited in 2008 after Weiland split from Velvet Revolver, kicking off the tour at the Rock on the Range festival in Columbus, Ohio. The band released their self titled sixth album in 2010.