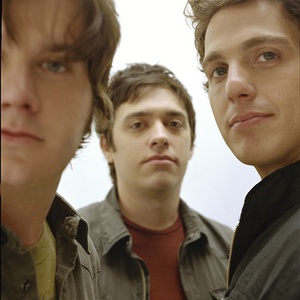 Contrary to what some might assume, Ingram Hill is not of the name of a solo artist but rather, a band; no one in Ingram Hill is actually named Ingram Hill (just like there was never a musician named Lynard Skynard or Jethro Tull -- at least not in either of those well-known '70s bands). Like Cracker, Train, and Tonic, Ingram Hill has an earthy, unpretentious approach that is relevant to both alternative pop/rock and roots rock.

The Memphis-based foursome aren't an exact replica of classic rockers from the '60s and '70s -- their work is more modern -- but they do have a certain down-home rootsiness that has gone over well in Southern rock circles. That isn't to say that their sound is stereotypically southern in the way that the Marshall Tucker Band and Black Oak Arkansas were stereotypically southern back in the '70s; Ingram Hill doesn't get into hell-raisin' good ol' boy stereotypes, and their lyrics tend to be reflective, introspective, and thoughtful. Their first release came in 2002, when they put out their debut EP, Until Now, on their own label, Traveler Records, and sold around 10,000 copies. Then, in 2003, the Memphis residents released their first full-length album, June's Picture Show, produced by Rick Beato, on Traveler. June's Picture Show had only been out a few weeks when Ingram Hill signed with Hollywood Records, which re-released the album in February 2004. Cold In California, produced by Oliver Leiber, followed from Hollywood in 2007. The band released a self-entitled country record in August 2012.