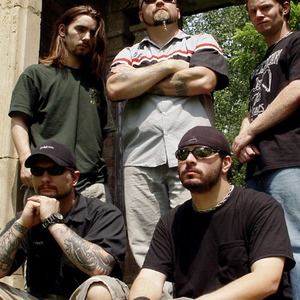 Five.Bolt.Main came together after Flaw was dropped from Universal Records in 2004. Chris Volz met with now ex-Five.Bolt.Main members Ivan Arnold and Ben Patrick ? whom both were part of Flaw prior to their breakthrough album "Through The Eyes" (2001). At the time, both Ivan and Ben were in a project called "Silent Q", which by the time Flaw disbanded, had enough material written to put an album together.

At this point Chris had formed the band, which was tentatively titled "Vent", but was later changed to Five.Bolt.Main due to legal reasons. Within 7 months, the band added two other members in Aaron Welenken and Jason Chandler, and scored themselves a record deal with independent label, Rock Ridge Music.

Five.Bolt.Main's debut album "Venting" was released on September 13, 2005. The band has gone through several lineup changes since their album was released. Roughly a month after Venting was released, members Jason Chandler, Ben Arnold, and Aaron Weleken left the group ? citing "musical differences" and "unforeseen rigors of the road". Kobie Jackson (Primer 55), Alex Cando (Darwin's Waiting Room) and Ronny Paige were recruited to fill in, with Alex and Ronny later staying on a permanent basis.

June 2006 also saw the departure of Ivan Arnold, who left the group to pursue other interests.

The Future
It was recently announced that Five.Bolt.Main will hit the studio in August to work on their sophomore album, tentatively, at this stage, to be released early 2007. The album will be produced by Chris Henderson, guitarist for the popular American alternative rock band 3 Doors Down. Said Chris Volz: "I am really excited about this next Five Bolt record; the songs we have written are insane. We are also very privileged to be able to work with Chris Henderson as a producer. His ear for melody is just what we need to complete the work. I also have to say that I've never worked with a string section with the talent level of Ronny and Alex. Wait until you guys hear this! We'll see you on tour soon".

October 2006 will also see the release of a live album titled "Live >From Louisville". An announcement on a replacement drummer is expected shortly.