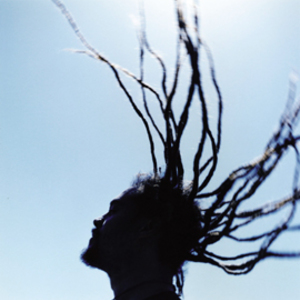 Michael Franti (born April 21, 1966, in Oakland, California) is an African, Irish, and German American poet, musician, and composer. Franti is the creator and driving force behind Michael Franti & Spearhead, a band that blends hip hop with a variety of other styles including funk, reggae, folk, and rock. Franti was part of the industrial punk band The Beatnigs with DJ Rono Tse, which released a self-titled LP, and an EP Television on Jello Biafra's Alternative Tentacles Records.

Franti was part of the industrial punk band The Beatnigs with DJ Rono Tse, which released a self-titled LP, and an EP Television on Jello Biafra's Alternative Tentacles Records. His next project, The Disposable Heroes Of Hiphoprisy, found Franti continuing his collaboration with Tse, and working with jazz guitarist Charlie Hunter, and electronic musicians Mark Pistel (Consolidated) and Jack Dangers (Meat Beat Manifesto). The Disposable Heroes of Hiphoprisy wrote biting, progressive lyrics that railed against the injustice of the world and yearned for democratic reform, set to a fusion of industrial and hip hop. Their first album won acclaim for its social commentary, and they were chosen by U2 to open for their Zoo TV Tour.

Franti and the Disposable Heroes put together another record of music accompanying novelist William Burroughs' readings for an album entitled Spare Ass Annie and Other Tales. This album diverged greatly from the style of the band's previous work, as they were largely providing musical background and accompaniment to Burroughs' spoken readings from several of his books.

In 1994, Franti formed a new band called Spearhead. While he continued to create politically and socially conscious lyrics, Spearhead's music drew more from funk and soul than the industrial sound of his previous groups. Spearhead released their first album, Home, in September of 1994. Their follow up album Chocolate Supa Highway was released in March of 1997. It should be noted that these two albums were released under the band name "Spearhead", while the name on all subsequent albums would be "Michael Franti & Spearhead".

In 1999, Franti retreated from the major-label grind to explore his music and politics. He returned the following year as an organizer and cultural worker tied to the rising movements against the death penalty, the prison-industrial complex and corporate globalization, voicing his observations through his music.

Stay Human was released in 2000 on his own indie label, Boo Boo Wax and Six Degrees. The album's themes are justice and survival, touching on issues like media monopolization and incarceration.

Everyone Deserves Music was released in 2003. Franti composed many of the songs from his guitar and, like fellow 21st century cultural globalists Manu Chao and Ozomatli, continues to synthesize his eclectic influences. In a departure from the noise of the Beatnigs and Disposable Heroes, and the minimalism of early Spearhead, Franti's affirming lyrics are now set to appropriately swelling rock chords, while keeping a world-wise groove nodding towards reggae, dancehall, bossa nova, Afrobeat, and funk.

On July 25, 2006, Michael Franti & Spearhead released their new album, entitled Yell Fire!, inspired by Franti's trip to war-torn Baghdad, the West Bank, and the Gaza Strip. Largely written during that trip and recorded in Jamaica, Yell Fire! contains contributions from Sly & Robby and has a more reggae-influenced vibe than previous work.

Michael Franti has been barefoot since 2000.

Songs from the Front Porch

Songs From The Front Porch - An Acoustic Collection