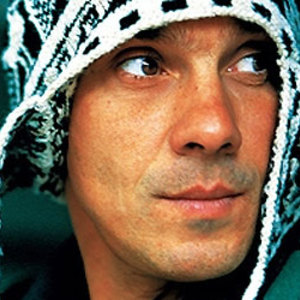 Manu Chao (born Jos?-Manuel Thomas Arthur Chao on 21 June 1961 in Paris, France) is a singer of French and Spanish (Basque, Galician) origin. Heavily influenced by the UK rock scene, particularly The Clash, The Jam and Dr. Feelgood, Chao and other musicians formed the Spanish/English rockabilly group Hot Pants in the mid-1980s. The group released a demo entitled "Mala Vida" in 1984, which received plenty of local critical praise but otherwise gained them little attention.

Heavily influenced by the UK rock scene, particularly The Clash, The Jam and Dr. Feelgood, Chao and other musicians formed the Spanish/English rockabilly group Hot Pants in the mid-1980s. The group released a demo entitled "Mala Vida" in 1984, which received plenty of local critical praise but otherwise gained them little attention. By the time the group released their first album in 1986 the Parisian alternative music scene had taken flight, and Manu, his brother Antoine Chao, and friends such as Alain from Les Wampas formed Los Carayos to incorporate this sound with the rockabilly and punk styles of Hot Pants. Los Carayos remained a side project of the artists for eight years, releasing three albums in the first two years followed by a final album in 1994.

Manu Chao had been a well-known member of the Parisian alternative music scene, in bands such as Hot Pants and Los Carayos. In 1987, Chao, his brother Antoine Chao and their cousin Santiago Casariego founded the band Mano Negra, which met with success in France first with the hit single Mala Vida and then Mexico, Central and South America, where the band toured. The band split in 1995.

Chao sings in French, Spanish, Arabic, Galician, Portuguese, English, Italian, and Wolof, sometimes mixing them in the same song. He is one of the world's largest selling artists, but is less known in the English-speaking world.

Chao's music has many influences: rock, French chanson, Spanish-American salsa, reggae, ska and Algerian rai. These influences were obtained from immigrants in France, his Iberian roots and his travels in Latin America following the disbanding of Mano Negra. Many of Chao's lyrics are about political issues (e.g., immigration, global social justice, conflict, and a strongly leftist critique of exploitative economic globalization) but they are also about love, lifestyles in different parts of the world, and music itself, which is hopeful for the future and at the same time dramatic. Chao is openly critical of the Bush administration in the US. He has many followers among the European left and the anti-globalization movement.

The influence of Manu Chao in Latin Rock or "Rock en Espa?ol" was crucial not only for the development and rise of new Latin bands that tried to emulate his eclectic style, but also for the self-knowledge of Latin America as a united culture. After the Latin America tour and travels, Manu Chao lyrics were more often written in Spanish than were the Mano Negra lyrics. His songs also took the lyrics or chords of some popular tunes like "El preso" from "Fruko y Sus Tesos" (in "Desaparecido") or "La Verdolaga" a traditional Colombian cumbia (in "Por el Suelo").

Manu Chao's music does not follow a logical textual narrative, but in its eclectic construction it invokes a deeper understanding of its subject than any literal form could. He sings songs about the people of the streets, the outer provinces, and the marginalised; he sings with the forgotten and uncounted billions, the underclass, and in so doing, he speaks about the fragility of human kind. His music is a bridge, exploring the common ground and means of mutual understanding that are available to us, exponating the idea that beyond superfluous differences in cultural identity, we are all the same.