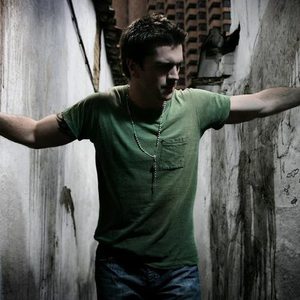 Juan Esteban Aristiz?bal V?squez (born August 9, 1972), best known as Juanes, is a rock musician from Medell?n, Colombia. When he was younger, his father started calling him Juanes, rather than Juan, a contraction of his two first names Juan and Esteban. As his friends grew to know him by this name, he chose to keep it for his musical career, which started when he, Andr?s Garc?a, Fernando "Toby" Tob?n and Jos? David Lopera, formed the rock band Ekhymosis in 1988.

His politically-minded solo debut Fijate Bien (Take a good look) (2000) after Ekhymosis disbanded, earned him three Latin Grammys. The follow-up, Un D&iacute;a Normal (A Normal Day) produced by Gustavo Santaolalla (2002), was a platinum mega-hit in Latin America and dominated that year's Latin Grammys, where he was nominated for and won five awards including Song of the Year and Album of the Year.

In the 2005 Latin Grammys, Juanes won three additional awards to his nine previous Grammy awards. He took the award for Best Rock Song for Nada Valgo Sin Tu Amor (I'm Worthless Without Your Love), Best Rock Solo Album for Mi Sangre (My Blood) and Best Music Video for Volverte A Ver (To see you again).

His most recent album, La Vida Es Un Ratico (Life is a little moment), was released in November 2007 and won him 3 awards at the 2008 Latin Grammy awards. Hit singles from this album include Me Enamora (You make me fall in love) and Tres (Three).